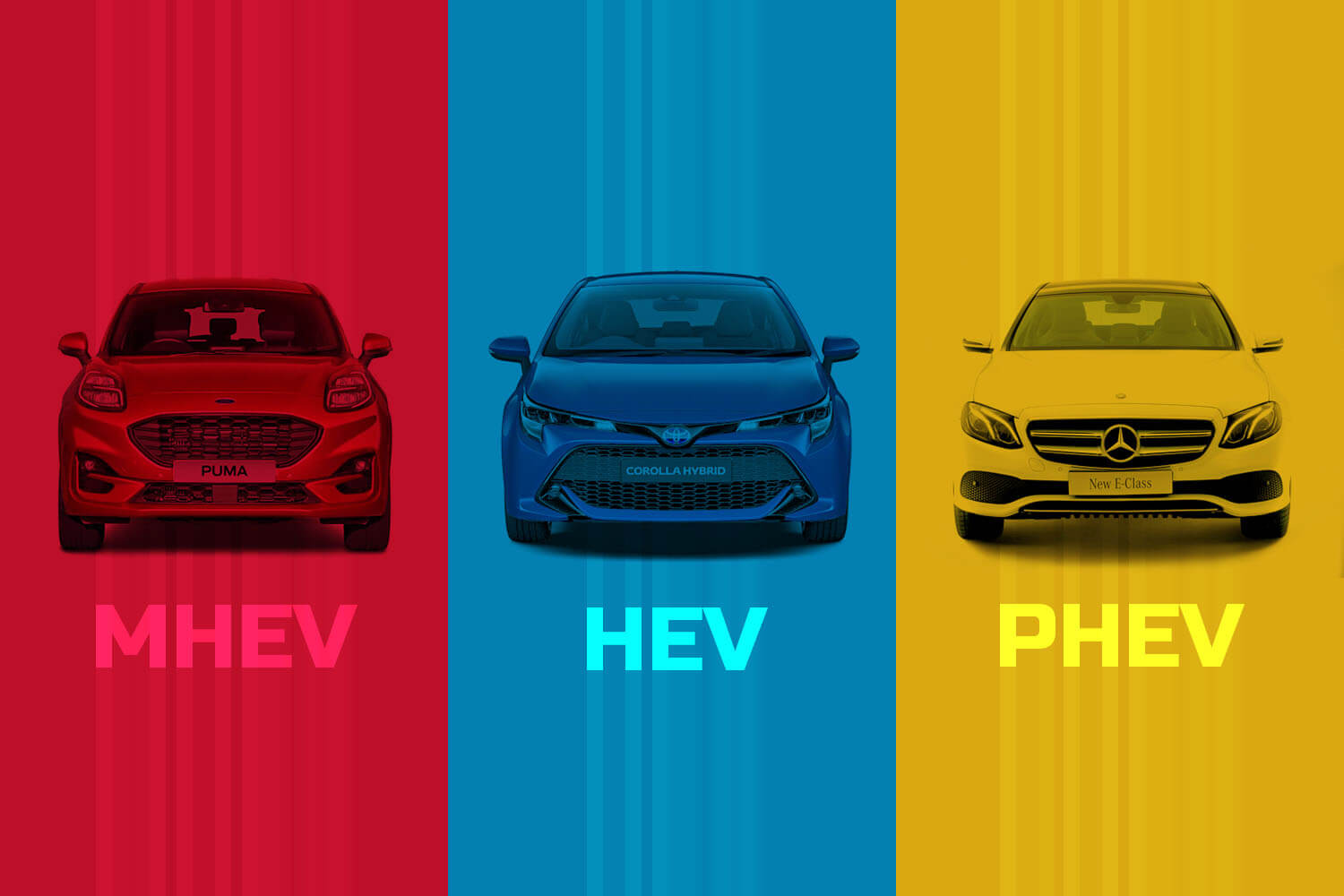 From MHEV to PHEV – our guide to hybrid technology

Battery electric cars are the future. Of that, there is no doubt, and the shift has already started. However, we’re currently in a transitionary phase where range and charging infrastructure is still a challenge – particularly for some long-distance drivers. Whilst battery-electric cars are perfectly capable of driving long distances, it’s fair to say it does require a little more effort.

If you’re looking to take advantage of electrification but feel you’re not ready for a battery-electric car, then a hybrid might be the perfect stepping-stone. It’s becoming easier and easier to find hybrid cars, with new models featuring a wide range of technologies coming along all the time. But with this can come confusion. How do they work, what are they like to drive, and what is best for me? All are key questions that we look to answer here.

What is a hybrid car?

Hybrid cars run on a combination of two different fuel types. Normally, this sees a petrol or diesel engine drive the wheels, with support to a greater or lesser degree from an electric motor. The technologies on offer work in different ways, but all aim to assist in economical driving and to reduce emissions.

Some hybrids need the engine to work most of the time, and others can travel decent distances by leaning on the electric motor alone. Just about all will be able to drive on one or both fuel types at any given time, either decided by the car or often with the option for the driver to choose. 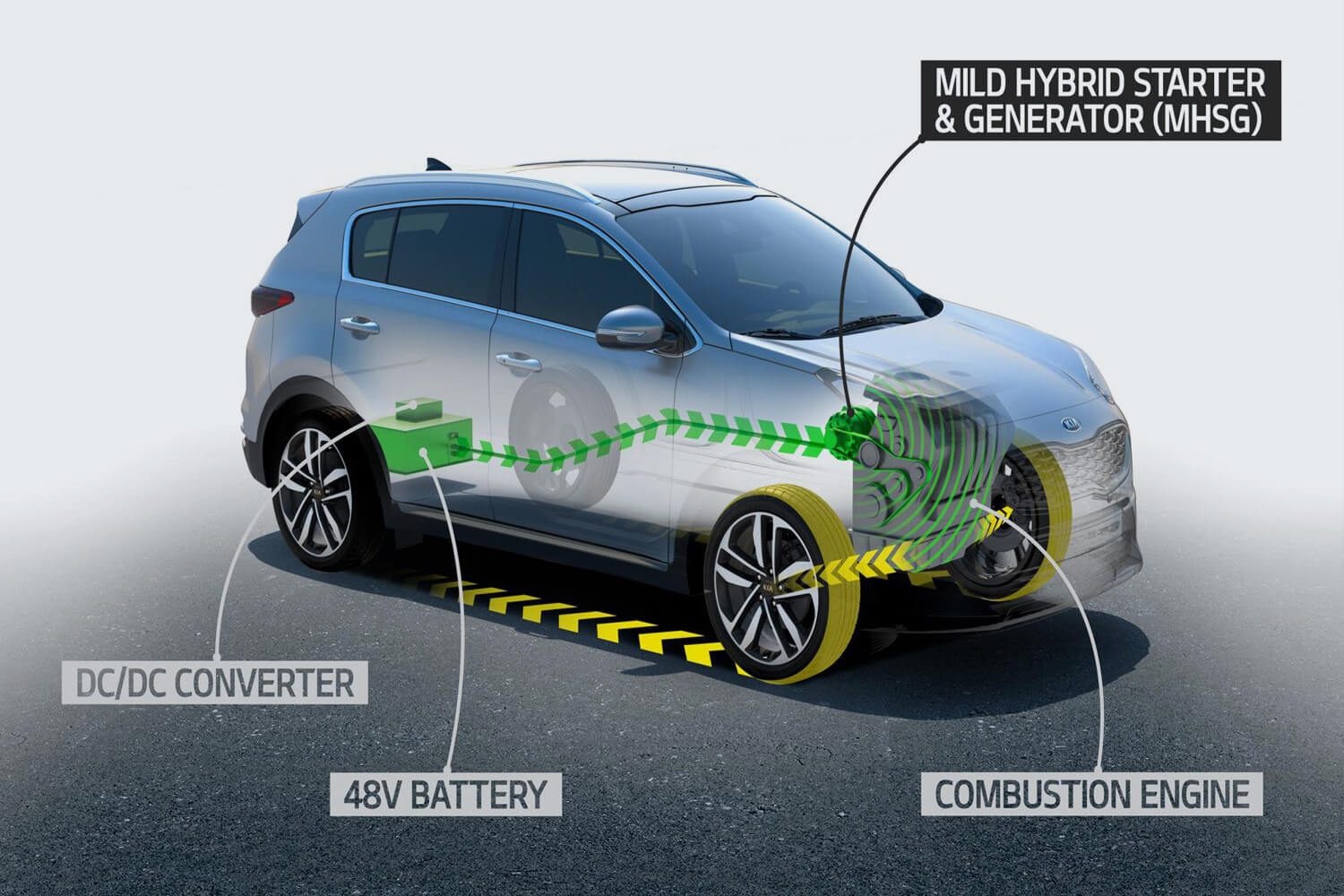 What are the different types of hybrid car available?

Most people, when hearing the words ‘hybrid car’ will think of a Conventional Hybrid. Technically called a Parallel Hybrid, they are also known as Full Hybrids or Self-Charging Hybrids. Made famous by the Toyota Prius, these use an engine with support from an electric motor.

With a range on electric power alone of only a mile or so, HEVs rely heavily on the engine for power, but the electric motor regularly supports it, seeing significant real-world improvements in fuel economy. Charging the car’s battery is carried out when braking or from the engine while driving; no plugging-in is required (hence sometimes why they are referred to as self-charging).

Plug-in Hybrids (PHEVs) are becoming increasingly popular and can be driven on electric power alone far further than a conventional hybrid. Typical electric ranges vary between 20-30 miles – although some of the newer German premium models can travel more than 50 miles on the battery – depending on the model, thanks to significantly larger batteries than HEVs.

PHEVs can be driven using the engine alone, the electric motor, or a combination of both. Some can also be used as a parallel hybrid, which sees the battery charged on the move by the engine, which at the time doesn’t drive the wheels – acting as an onboard generator.

As the name suggests, the main way to charge a PHEV’s battery is to plug it in, as you would with a full-electric model, taking between 2-4 hours on a typical home charge point. It can also charge on the move, like conventional hybrids, by using the engine or under braking.

The most basic form of hybridisation is found in Mild Hybrids. The technology is coming into widespread use on ‘normal’ petrol or diesel models as emissions regulations become increasingly strict. Some people may be driving a mild hybrid without even realising.

Driven at all times by the engine, mild hybrids use a larger, more powerful starter motor to assist the engine. This is used to restart the car in automatic stop/start situations and can aid the engine when it is under heavy load – accelerating hard or climbing a hill. It uses a compact battery for the belt alternator starter, which acts similarly to an electric motor. Charging is the same as that used by conventional hybrids.

Mild hybrids offer the smallest improvements to efficiency and savings since the electric motor and battery are the smallest of the different hybrid types. The benefit is that these cars typically cost less to buy or lease than conventional or plug-in hybrids, thanks to the simpler technology on board.

Conventional hybrids offer greater savings to both running costs and emissions. These tend to be a good choice for those regularly covering high mileages each day – effectively a replacement for diesel power. Economy is on a par with diesel models, but HEVs are better suited to town work or short trips.

The greatest benefits can be found with plug-in hybrids, with the electric driving range often covering the daily commute, or school run, supermarket trips, and other regular drives. The engine can then be used as a backup for those longer trips and are often seen as a halfway house between petrol/diesel models and fully electric cars.

Would a hybrid car be right for me?

The variety of hybrid cars on offer means just about everyone should find a hybrid that fits their needs.

A good alternative to petrol or diesel cars, conventional hybrids offer no real differences in running your vehicle. They are refuelled in exactly the same manner and require no access to a charge point. A little more expensive than petrol or diesel models to buy, the savings on offer mean this expense can quickly be regained.

PHEVs are ideal for those that tend to only cover short distances during the week, but also occasionally drive on long trips. It would see them essentially drive an electric car most of the time, but with the support of an engine for those longer distances. They are more expensive again than conventional hybrids to buy, but if you have access to a charge point or plug socket at home, the reduction in fuel costs can be significant. Without regularly plugging in to recharge, a PHEV essentially becomes a conventional hybrid.

If you’re not sold on the above, mild hybrids are suitable for anyone currently driving a petrol or diesel car. Most drivers would be hard pushed to tell the difference when driving, and in fact, many manufacturers are simply phasing in mild hybrids as part of their conventional petrol or diesel engine line-up. But while you may not notice any difference in the driving, you’ll certainly notice the difference at the fuel pumps – which you’ll visit far less regularly than in a standard petrol car.

If you’re thinking of making your next car a hybrid then check out our latest electric and hybrid leasing deals.

This entry was posted in Car Leasing Knowledge on June 17, 2021 by Kevin Blackmore