Save for Later Compare Deal Notify Me
128 viewed this deal 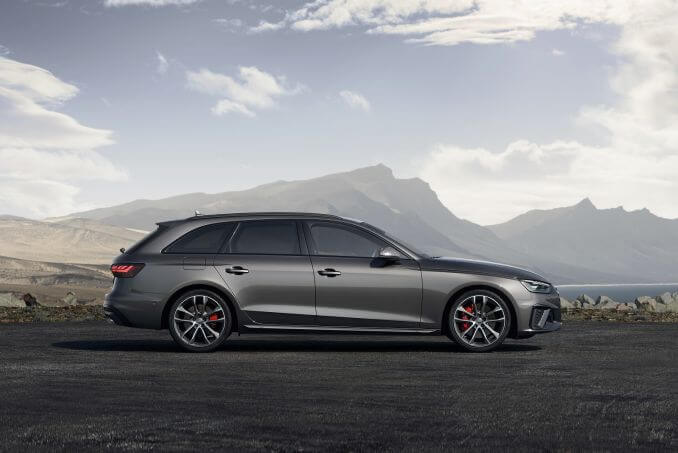 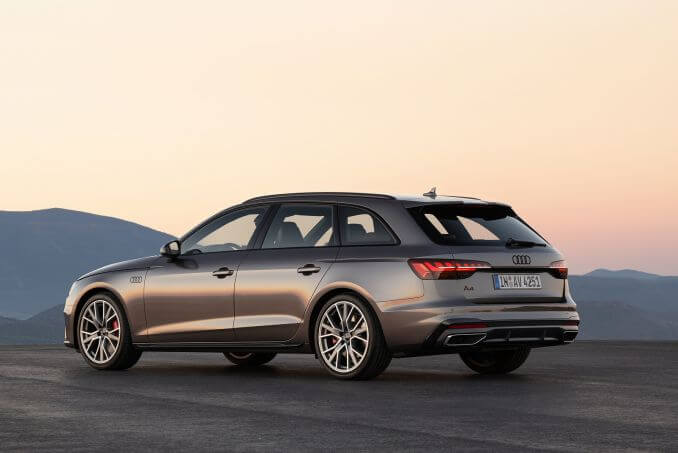 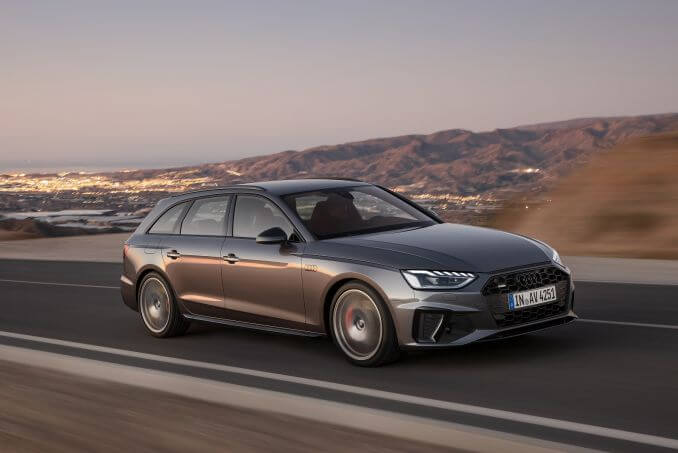 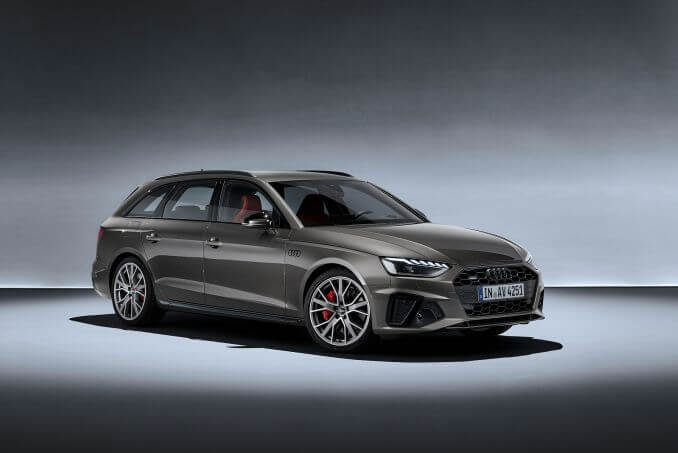 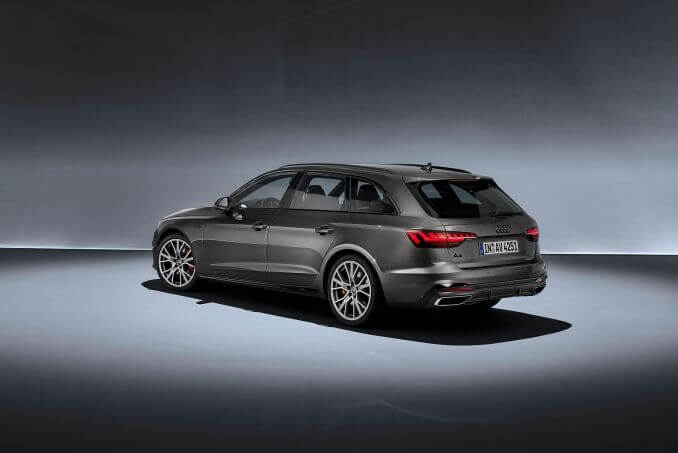 Review
Estate cars aren't meant to look as good as Audi's latest fifth generation A4 Avant. Jonathan Crouch checks out a car that aims to seriously dent the sales of rival models in the compact executive sector.

Ten Second Review
The fifth generation Audi A4 Avant claims to be class-leadingly efficient, hi-tech and, yes, practical. There's a 510-litre boot that's bigger than you might expect from a car in the compact executive market segment and the usual cool, classy Audi ambience. You'd like one.

Background
Every now and then, the car industry seizes upon a concept and rival manufacturers will indulge in a feeding frenzy to saturate the market. With hindsight, some of these concepts aren't at all clever. In the late Eighties, virtually every manufacturer rushed a four-wheel drive saloon car, hatchback or coupe to market. The Nineties saw a sudden spike in sales of small SUVs that fell over when pointed at a corner, while in the early Noughties, premium manufacturers fell over themselves to launch estate versions of their compact executive models that often actually held less luggage than the saloon cars they were based on. Every one of them an evolutionary dead end. In contrast, the latest smartly-styled and more efficient Audi A4 Avant demonstrates that in the battle between fashion and functionality, there's only ever one long term victor.

Driving Experience
The A4 has always struck an appealing balance between handling and comfort and with this MK5 Avant model, the Ingolstadt engineers have sought to improve its credentials still further by developing a new five-link suspension system. Optional adjustable shock absorbers with 'sports' and 'comfort' modes will enable owners to get the most from this and a dynamic steering system is another extra cost feature that'll reward those you like their driving. Both features can be controlled through the standard Audi drive select driving-dynamics system, which alters throttle response and auto gearshift timings in its most basic form. Talking of auto gearshifts, the old CVT automatic gearbox has gone, replaced by a seven speed dual clutch 'S tronic' unit that claims to be able to improve both performance and fuel consumption. As before, the A4 differs from its BMW 3 Series rival in its use of front wheel drive for most models. Also as before though, quattro 4WD is optional - and standard on the top V6 variants. The most powerful of these models even has the option of a sports differential for the rear axle to maximise traction. Refreshingly in a segment dominated by cars fueling themselves from the black pump, TFSI petrol models are still very much part of the mainstream A4 range, a 150PS 1.4-litre unit offered alongside a pokey 2.0-litre powerplant offering either 190PS or 252PS. There's also a 354PS 3.0-litre TFSI sporting S4 model at the top of the range. Most A4 buyers though, will continue to want a diesel, probably the 2.0 TDI 150PS variant, which gets to 62mph from rest in a brisk 8.6s. If you want more diesel power, then a 190PS version of this unit is also available, plus there's a 218PS 3.0 TDI V6 model further up the range.

Design and Build
Styling is a subjective matter, and it's probably not our place to tell you what looks good but let's just say that this MK5 model A4 Avant has dodged the ugly stick by quite some margin. The stylists have been very clever in that they have retained a fairly high roofline at the back for load volume purposes but have artfully used chrome finishing to draw the eye to the sleek window lines instead. This time round, the A4 is lighter - significantly so in fact. A hi-tech 'MLB' platform uses high strength steel and aluminium to reduce weight by up to 120kg compared to the old model, despite this MK5 design growing in all areas except height. As for styling, well here there's a clear evolution on what went before, with all features sharpened and defined. Special attention has been paid to aerodynamics, this A4 boasting the lowest drag coefficient in its class. The interior is typically Audi and a very classy place to be. Everything is well laid out with high grade materials in all areas you'll interact with regularly. There's the option of getting an 8.3" touchscreen mounted on top of the dashboard but even if you stick with the standard centre dash infotainment screen, you'll get an up-to-the-minute set-up able to support the latest Apple CarPlay and Android Auto connectivity. As for practicality, well this estate variant offers a class-leading 505-litre boot, extendable to 1,510-litres if you wish.

Market and Model
Prices start at just over £27,000, which means a premium of around £1,400 over the saloon model. That means this A4 Avant is competitively priced against its premium rivals when trim levels and power outputs are taken into account. There's a choice of three transmission options, a six-speed manual gearbox, plus two auto set-ups, a seven-speed dual-clutch S tronic and an older-tech eight-speed tiptronic. At least standard equipment is pretty complete across the line-up, though you have to pay extra for a power-operated tailgate and a telescopic load-organiser for the boot. All trim levels include alloy wheels of at least 17-inches in size, Xenon headlights with LED daytime running lights, the 'Audi smartphone' interface, the 'Audi drive select' driving dynamics system, three-zone climate control and a 7-inch colour MMI infotainment monitor. We'd want to look at a couple of key options. The 'Audi phone box' connects smartphones to the on-board antenna and charges them. Meanwhile, for discerning hi-fi fans, a Bang & Olufsen 3D Sound System with innovative 3D sound is available. As for safety, well along with the usual airbags and electronic safety nets such as ABS and stability control, there's optional active lane assist, a rear cross traffic alert, collision avoidance assist plus a cruise control system that assists with tiresome traffic-jams.

Cost of Ownership
If you don't care about the bonnet badge, it's tempting to think that you could save £4,000 or so on a mechanically very similar Volkswagen Passat Estate but before you do, make sure to take residual values into account. Add all the figures up at the end of the day and you may well find that there's less in it than you thought. Running costs are of course a vital consideration in this segment and this A4 offers some impressive numbers thanks to this generation model's weight reductions and that sleeker shape. The volume 2.0 TDI 150PS ultra diesel Avant variant should return over 70mpg on the combined cycle and manages CO2 emissions of 104g/km. Opt for the pokier 2.0 TDI 190PS Avant variant and the fuel figure will be similar, while the CO2 reading is still 106g/km, so there's no huge penalty for the extra performance. The particularly cultured V6 TDI engines also show impressive restraint. The 218PS version with seven-speed S tronic transmission registers a 114g/km output when combined with Sport specification and front-wheel-drive. Also deserving of a special mention is the 2.0 TFSI petrol engine with 190PS. It slashes CO2 output to as little as 121g/km in S tronic auto form through the use of a completely new combustion process developed using the familiar Miller cycle as its basis, and will be notable for its ability to deliver optimal response across the entire engine speed range. All A4s come with a three year 60,000 mile warranty which can be extended to four years/75,000 miles or five years/90,000 miles for a fee. Audi residuals are some of the best in the business, assuming you pick a desirable engine and trim combination. Some restraint on the all too tempting options list will help too.

Summary
Only very rarely does an excellent product fail. When this happens, it is usually down to poor promotion, but that's certainly not going to be the case with Audi's marketing machine at work. The truth is that this MK5 model A4 Avant is a very tough car to fault. It's superbly built, it's big enough to make a decent first of being a properly practical estate car, it rides on the exemplary A4 chassis so is a strong proposition for enthusiastic drivers and, when whole life costs are examined, it's surprisingly cost effective to run. No car is perfect though and the A4 Avant does raise a few questions. It could be even bigger at the back. And putting the power tailgate and telescopic load bar on the options list also looks a little mean. Other than that, it's hard to see this one continuing to sell strongly amongst the best compact executive load luggers. 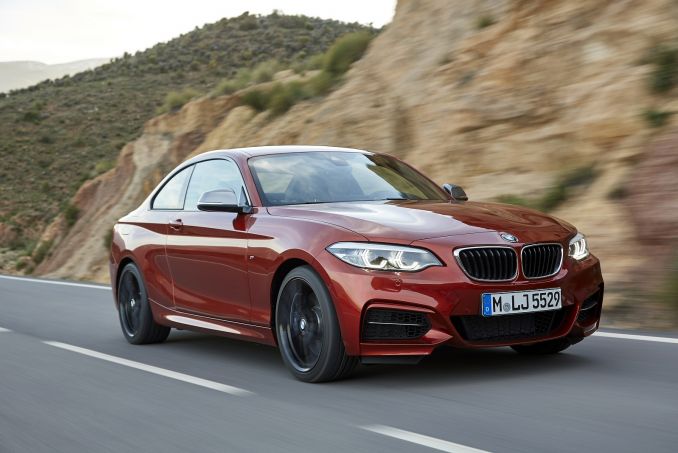 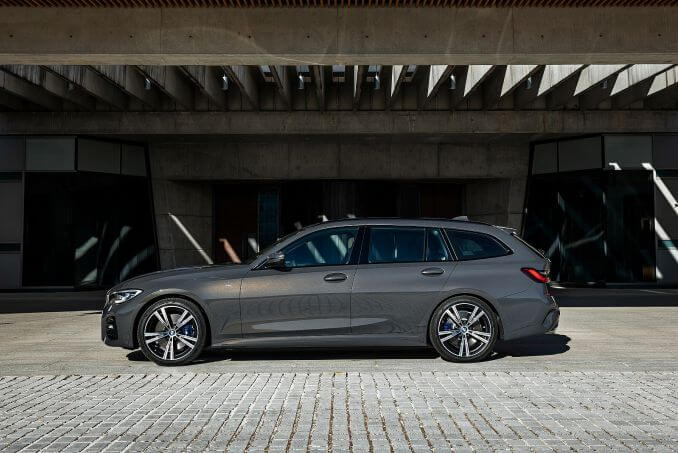