Save for Later Compare Deal Notify Me
202 viewed this deal 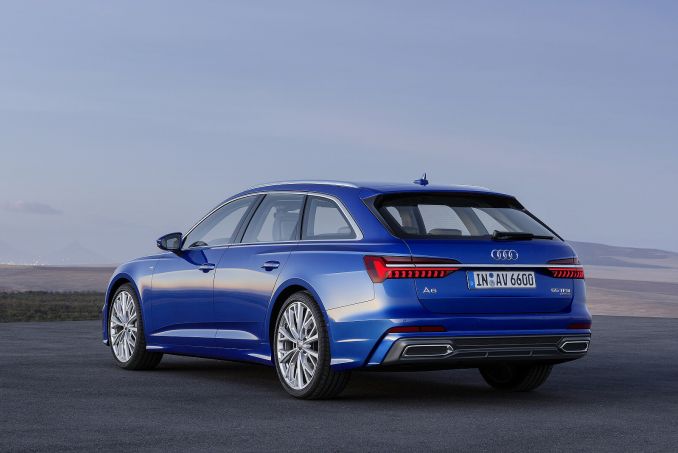 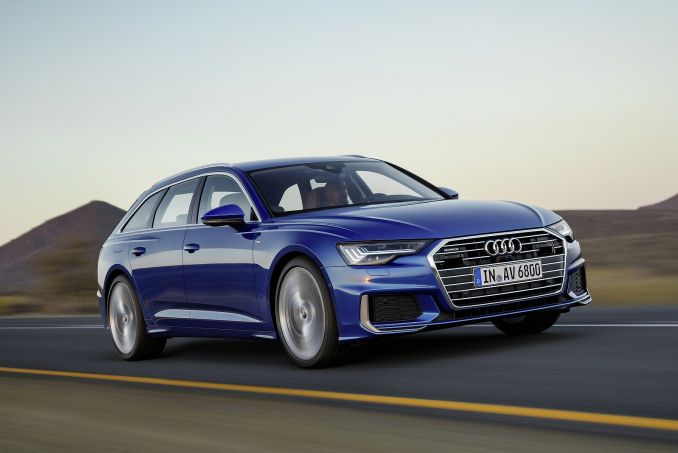 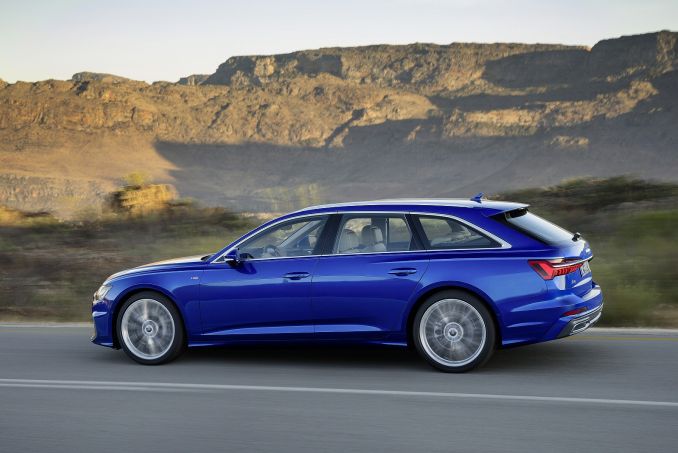 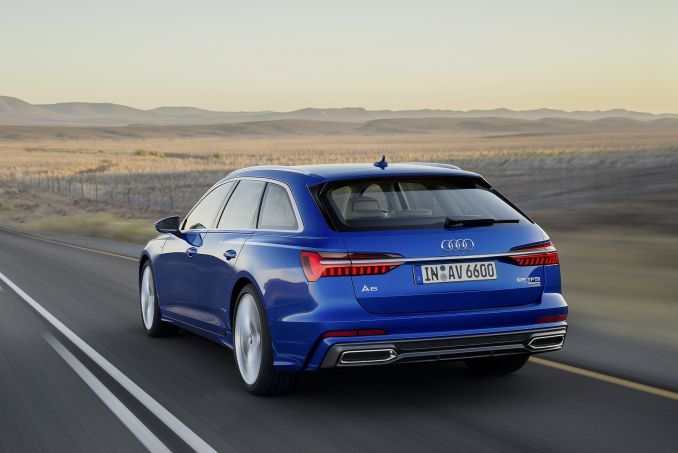 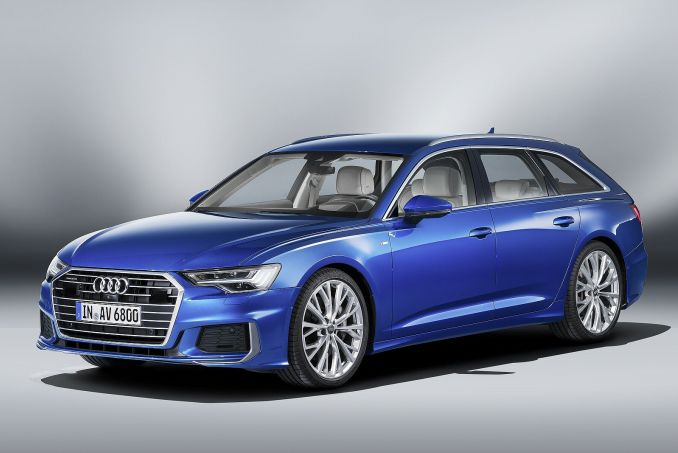 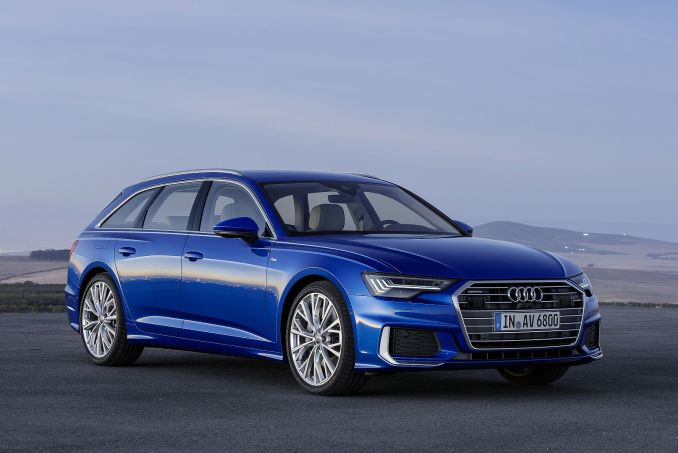 Review
The beautifully finished Audi A6 Avant demonstrates that practicality needn't be prosaic. Jonathan Crouch reports on the revised version.

Ten Second Review
The latest Audi A6 Avant gets styling revisions inside and out and a more efficient EU6-compliant engine range, really going to town with the working smarter rather than harder theme. If there's a cleverer estate car out there, it's keeping very quiet about it.

Background
Of late, the idea of the one size fits all car seems to have rather fallen out of fashion. Such is the fervour at which car manufacturers attempt to develop niches within niches when it comes to specialist cars, it's hard to countenance that we could possibly get by with any fewer than two or three cars per household. In that regard at least, the Audi A6 Avant might be thought of as something as a throwback. Here's a car that can do virtually anything you ask of it, discreetly and without ever leaving its comfort zone. Estate cars have had a tough time of it in the last decade. MPV people carriers and 4x4 sports utility vehicles have eroded the market share of estates. Many car makers only have themselves to blame, pouring all of their creativity into SUVs and MPVs while blithely refusing to get creative with their estates. The latest A6 Avant might not bring too much novelty to the art of load lugging but the Audi is utterly stuffed with high tech features and if this appeals and you need some added room for family essentials, the Avant still has much to offer.

Driving Experience
It was Colin Chapman who said that the best way to improve a vehicle was to simplify then add lightness. If that is indeed the case, then Audi's A6 Avant is halfway to becoming a decent drive. It has certainly added lightness, with the entry-level 2.0-litre TDI diesel version that most customers will choose slicing 70kg from its predecessor's kerb weight. The A6 has never had the best reputation for ride, largely because it took Audi quite some time to figure out how to tune their suspensions systems in harmony with the stiffer sidewalls of run-flat tyres. The latest A6 improves that situation by taking crucial unsprung weight out of the suspension system by using aluminium components and also offers the option of adaptive air suspension with controlled damping. Engines? The A6 gets a wide choice of diesel units with an entry-level 190PS 2.0 TDI powerplant at the foot of the range. Next up is a 204PS 3.0 TDI engine that offers the starting point for the option of a quattro 4WD system you have to have if you order this unit in 245PS guise. If that's not fast enough, there's a 313PS 3.0 BiTDI diesel range-topper. Petrol choices are more niche-orientated. So you get the sporting 420PS 32v V8 4.0-litre S6 model which sits just below the fearsome RS6 flagship variant, offering 560PS from a more potent version of the same 4.0-litre V8.

Design and Build
If anything, the Avant's styling is rather better resolved than that of the A6 saloon's. Where the four door car has an aggressive front and somewhat apologetic rear end lines, the Avant looks better balanced, to this eye at least. The steeply-raked rear window hints that this Audi is more concerned with style than ultimate carrying capacity but most buyers in this class will forgo a few litres of space for a slinkier shape. There's plenty of space to play with inside the A6 Avant, though. The wheelbase has been massively extended over its predecessor's with resultant benefits when it comes to interior room. The A6 Avant has a capacity of 565 litres, which can be increased to 1,680 litres by folding down the rear seat backs. The load bay has luggage lashing eyes, side restraining straps, bag hooks, a double cargo floor, a rail luggage fixing system, a dirt-resistant tray and roof rails as standard. A through-load facility and a fixing set that uses the two standard rails in the cargo floor are optional. The luggage compartment in this Avant can even be opened automatically simply by waving your foot to a pair of sensors beneath the rear bumper if the optional advanced key feature is added.

Market and Model
There's a premium of just over £2,000 to own an A6 Avant over the saloon bodystyle. That means asking prices starting from just over £33,000. Only the most powerful diesel and petrol engines are available with quattro all-wheel drive, but so good are the standard traction and stability control systems that only in the most extreme conditions will you miss traction going to all four tyres. Even the entry-level Avant SE includes alloy wheels, leather upholstery, cruise and front and rear parking controls, SD-based satellite navigation, Bluetooth phone preparation, split/folding rear seats and light and rain sensors. S line models add larger 18-inch alloy wheels, xenon headlamps with LED daytime running lamps, sports suspension, upgraded Valcona leather upholstery and an exclusive S line exterior and interior styling treatment. Options include comfort seats with heating, cooling and massaging functions, acoustic glazing, supple leather trimming for the centre console, a 15-speaker 1200-watt Bang & Olufsen audio system and a TV receiver.

Cost of Ownership
Audi reckons that the marketing mix of this Avant model is geared more towards private buyers than the saloon model so fuel consumption is one factor that the A6 must have working in its favour. The company predicts that around 85 per cent of all UK sales will be claimed by the 2.0-litre TDI diesel and with it able to get nearly 65mpg in 2.0 TDI 190PS ultra form, day to day running costs certainly aren't going to put a significant dent in the monthly budget. Exceptional aerodynamics and the replacement of inefficient torque converter automatics with twin-clutch automated manual and CVT transmissions also helps to improve economy. The A6 features engine stop/start as standard, as well as regenerative braking, which improves economy by reducing alternator drag during normal driving, instead driving the alternator only during deceleration and braking. Another feature that ekes a little more out of a gallon of fuel is the electrically assisted power steering. Residual values also look extremely strong.

Summary
The Audi A6 Avant makes all the right numbers. If you were to choose an executive class estate car based on specifications and hard economics, the Audi would get the nod every time. It has progressed in all the right ways, offering less weight, more space and better efficiency. It is, in every conceivable respect, a better car than before. Is that enough though? That's a tough question to answer. Audi has quietly eclipsed both of its key German rivals when it comes to interior finish and technological convergence. What it lacks when compared to BMW or Mercedes is charisma. The A6 is like that ferociously intelligent but softly-spoken university lecturer who sends his students to sleep. It needs a little more spikiness and attitude in its DNA. Until then, it's a car to admire, if not to love. 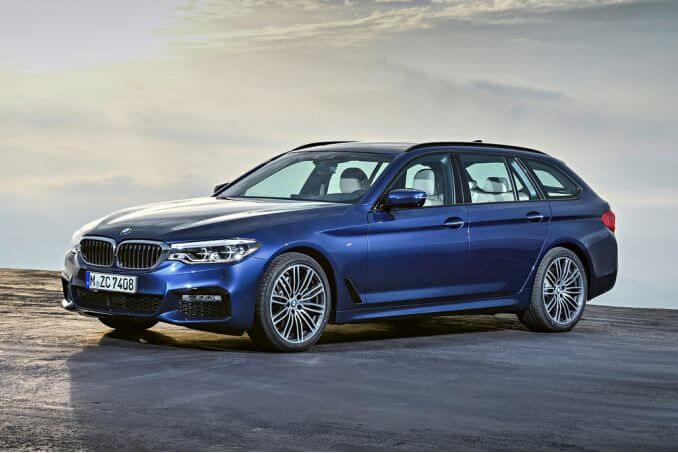 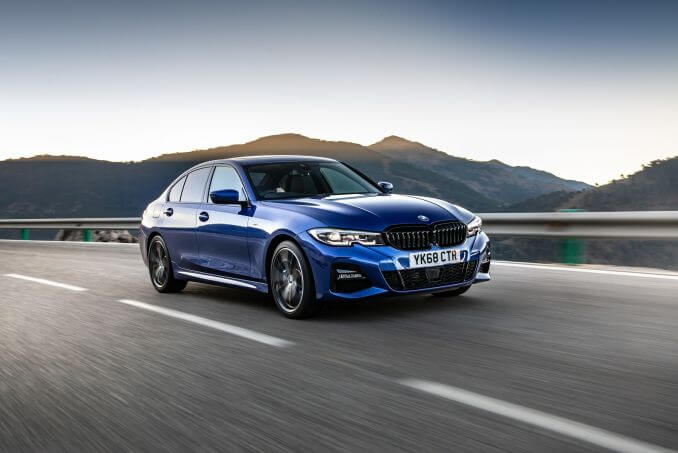