Save for Later Compare Deal Notify Me
6113 viewed this deal 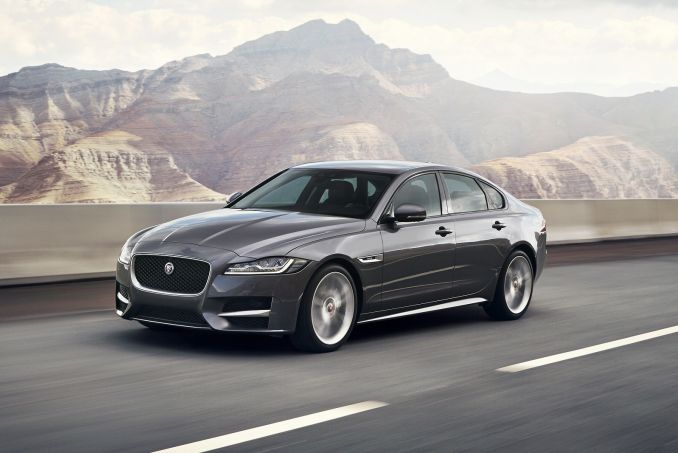 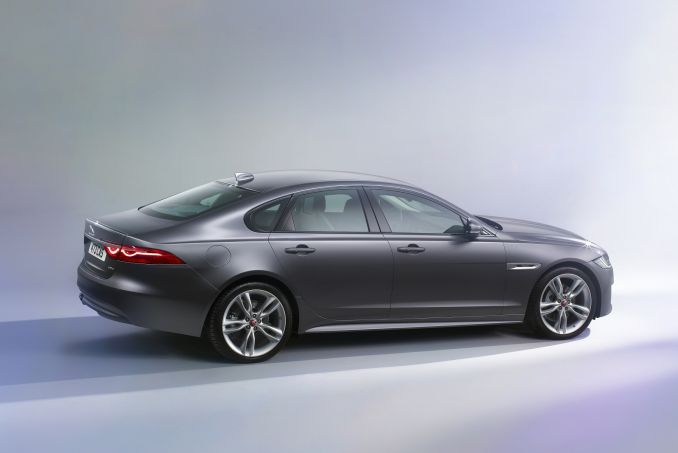 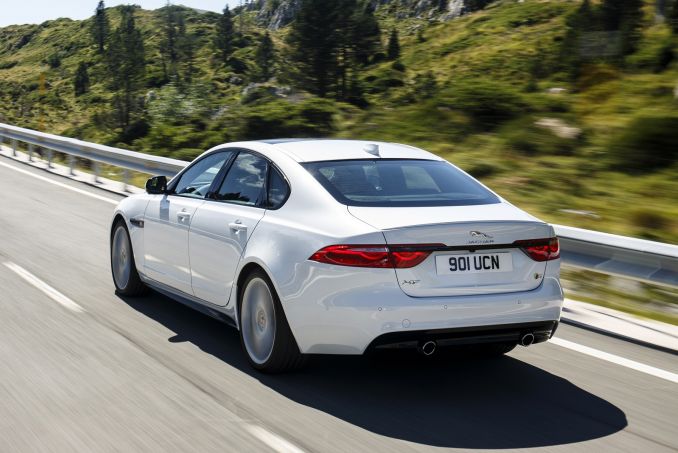 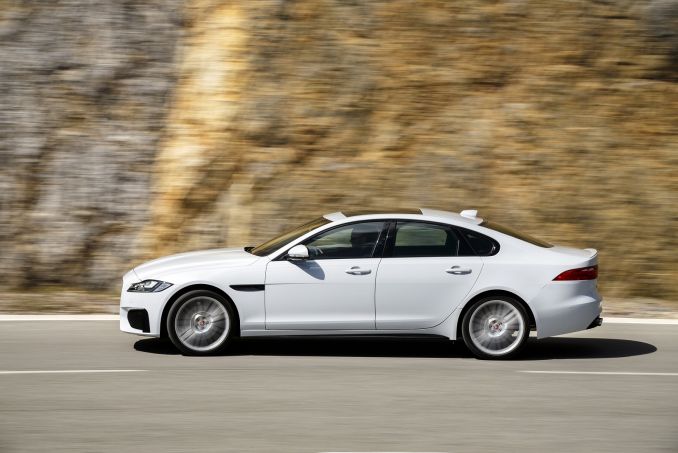 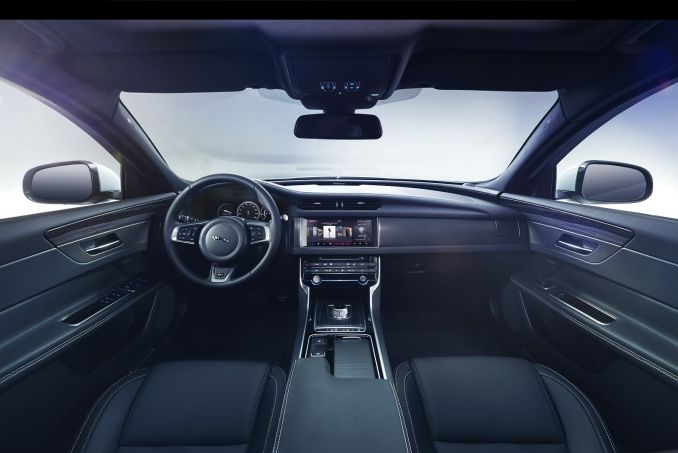 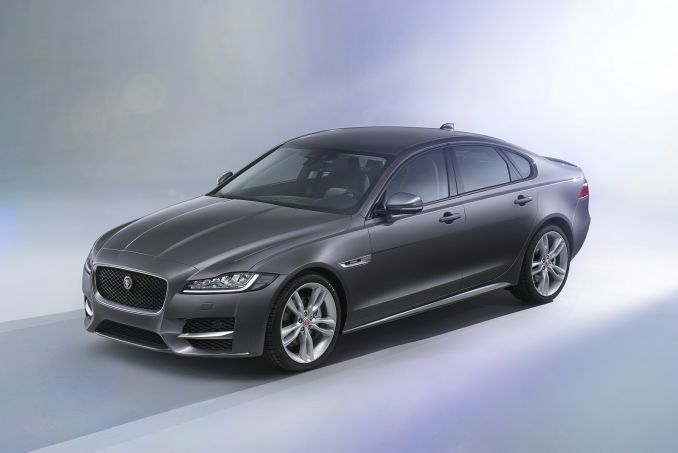 Review
The Jaguar XF has evolved and improved. Andy Enright takes a look at the latest version.

Ten Second Review
Jaguar's XF is back. If you thought the Big Three German brands had the executive car sector sewn up, think again. Lighter, more spacious, better looking and a whole lot more efficient, the XF range throws down one enormous gauntlet.

Background
What do we think of the Jaguar XF? If asked to summarise, we'd say it was a good car that had the potential to be great. Introduced in 2008 and facelifted in 2011, the XF nevertheless grew sales in every successive year of its life, customers realising that here was a model that Jaguar's paymasters, TATA Motor, were prepared to invest in and develop. In its first generation lifetime, the car just got better and better, with a smart four-cylinder 2.2-litre diesel engine arriving, as well as an eight-speed automatic transmission. Still, the XF's rivals weren't exactly soft pedalling. The BMW 5 Series, the Mercedes E-Class and the Audi A6 all saw generational updates during this Jaguar's lifespan and, after a typical seven-year lifespan, the XF has been replaced by a model that's new from the ground up. Built in Britain, here's something to get genuinely excited about.

Driving Experience
Stay with us here. The XF range hinges around 2.0-litre diesel four-cylinder engines and while that doesn't sound too exciting, it's where the big sales are. These engines are offered in 163 and 180PS guises and are built around the company's latest aluminium architecture, which it calls 'Ingenium'. Shared with the smaller XE, these engines are backed up by a 300PS twin-turbocharged 3.0-litre diesel V6 and a 380PS supercharged 3.0-litre petrol V6. The diesel cranks out 700Nm and can rocket to 62mph in just 5.8 seconds. The 180PS four-cylinder diesel takes 8 seconds to get to 62mph and runs out of steam at 136mph. The petrol engine has been purloined from the F-TYPE sportster and is reserved exclusively for the racy XF S. Matched to an eight-speed automatic transmission, this model is capable of covering the 0-62mph sprint in 5.1 seconds on its way to an electronically-limited maximum speed of 155mph. The chassis delivers near perfect 50:50 weight distribution and huge strides have been made to improve refinement. The XF shares its suspension set-up with the smaller XE model, which means struts with double wishbones at the front and an 'integral link' independent set-up at the rear. The steering uses the same electric power-assisted set-up as the Jaguar F-Type and XE, while active dampers are on the options list.

Design and Build
The styling of the XF has been subtly massaged to give it a more purposeful look. The curves have been retained but they now look more muscular. The front end borrows styling cues from sporty Jaguar coupes to give it a more dynamic look. The aluminium-intensive design shaves up to 190kg off the kerb weight. The 163PS diesel model weighs fully 80kg less than its nearest competitor. Size hasn't been sacrificed at the altar of weight though; at 4,954mm long, the XF is still a big car. The 2,960mm wheelbase is 51mm longer than before. Though 7mm shorter and 3mm lower than the original XF, rear seat space is class-leading thanks to 15mm more legroom, 24mm more kneeroom and up to 27mm more headroom than before. Aerodynamics are also superior: the drag coefficient drops from 0.29 to just 0.26. The interior has come in for a rethink and Jaguar has worked to retain the same strong horizontal lines of the original XF fascia but render them in higher quality materials with a more mature design ethos. The layered instrument panel, now with Jaguar signature 'Riva Hoop' inspired by XJ, continues into the door, creating a unique cabin feel. The doors offer an optional soft-close function, and there's plenty of natural light flooding the cabin. If you want more, you can specify a panoramic sunroof. The rear bench also features a more practical 40:20:40 split, making it easier to through-load bulky items such as skis. The boot has the option of a power close function.

Market and Model
Prices open at £32,300, with the mainstream range stepping up through Prestige, R-Sport and Portfolio trims. At the top of the range are the 300PS diesel and 380PS petrol XF S models, both priced at around £50,000 By comparison, a diesel BMW 530d saloon is about £1,000 less but is markedly slower to 62mph than the Jaguar and doesn't come as well equipped as the range-topping XF S trim. The premium to step up from a manual to an automatic gearbox is around £1,700, while it's around £2,200 to move from Prestige to R-Sport and much the same to then graduate to the plush Portfolio trim. The InControl Touch system is based around an 8-inch capacitive touchscreen and supports gestures familiar from smartphones and tablets such as 'swipe' to perform actions such as moving from one page to the next or to change tracks, and 'drag' to scroll across maps. The InControl Touch Pro upgrade offers a 10.2-inch touchscreen and Dual View technology which simultaneously allows the driver to see information such as navigation, while the front seat passenger watches TV or a DVD. Audio systems include the exceptional 17-speaker, 825W Meridian digital surround sound system.

Cost of Ownership
Running costs of course will be crucial for both private and business buyers. The old XF stood up very well, buyers liking the measured approach to updates across the vehicle's life. They also valued its reliability record, which stands comparison to anything in the class, only just being pipped by the Lexus GS in most customer satisfaction surveys. This generation car will likely continue that reputation with the next-gen Ingenium engines. It seems almost unbelievable that this car opens with a supermini-style 104g/km emissions figure, but there it is. Step up to the 180PS version and you'll still only see 109g/km - leading to an identical taxation banding. Go for an entry-level manual car and you'll manage 71.7mpg. Opt for the powerful V6 diesel and that'll see 51.4mpg with emissions of 144g/km. The supercharged 380PS petrol engine takes the wooden spoon in the efficiency stakes, as you'd probably guess, but 34mpg is far from disastrous when you pause to consider that a Porsche Cayman GT4, with similar power and a far smaller body, struggles to better 27mpg.

Summary
We really ought to know better by now. Perhaps it's because for so long we expected Jaguar to swing and miss that it's still somewhat dizzying when the company pulls a world-class product out of the bag, as it now does with regularity, to give the company its due. It's almost as if we expect the whole edifice to come falling down, but it doesn't. Investment from TATA goes in, excellent cars come out. The XF was beginning to feel its age in the face of some formidable rivals, and nothing less than a ground-up redesign was going to cut it. What's so masterful about this true second generation XF is how cannily Jaguar have kept and built upon the good bits and been realistic about where the old car's weaknesses were. Now you really can have a beautiful executive class car, with a great reliability record that looks a million pounds, is built in Britain and sips fuel like a supermini. These truly are amazing times. 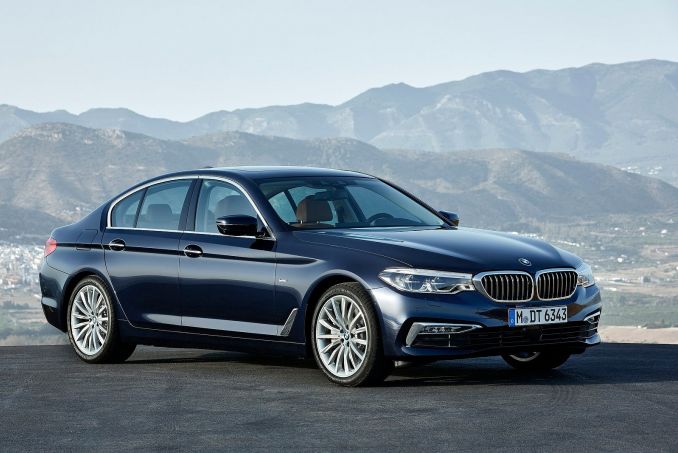 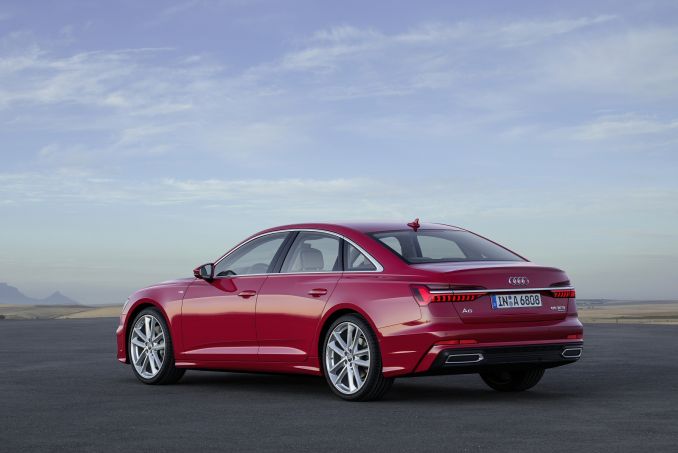 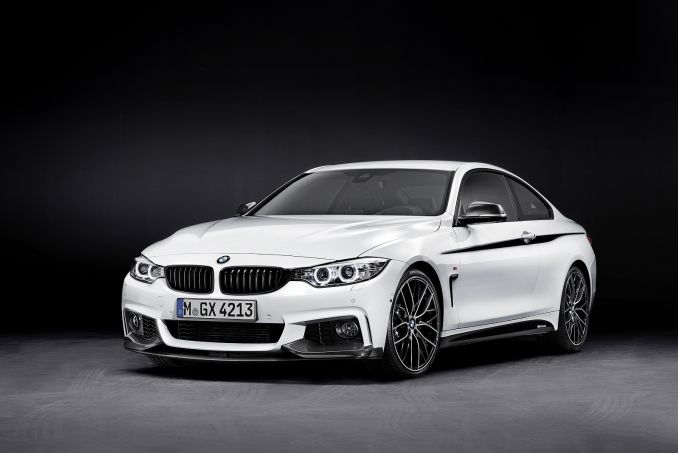