Save for Later Compare Deal Notify Me
1355 viewed this deal 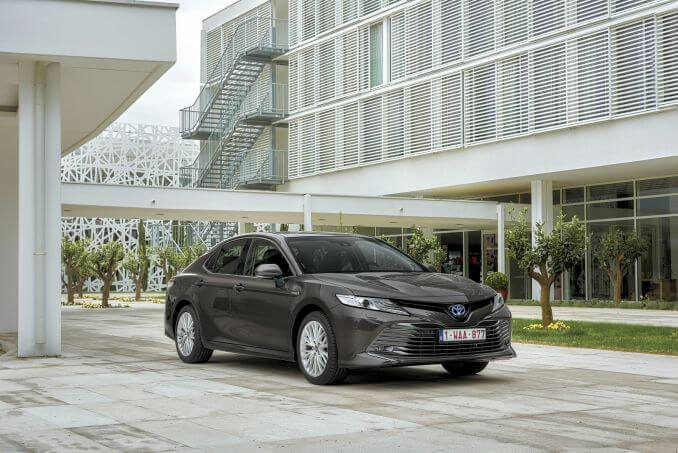 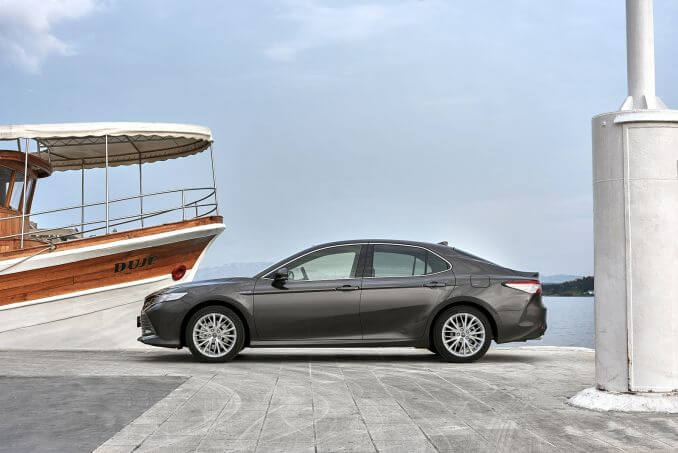 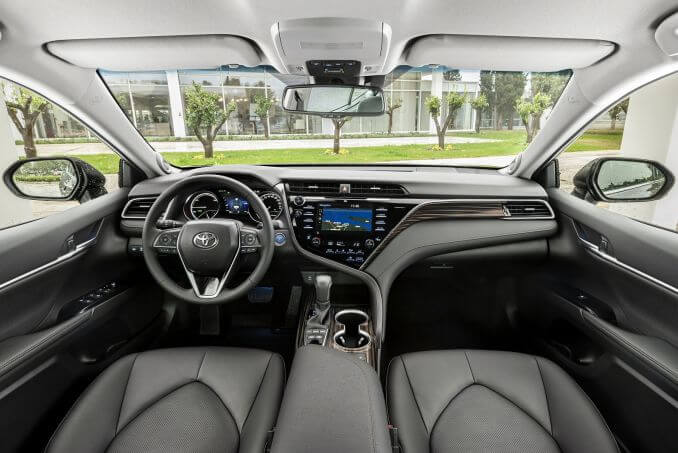 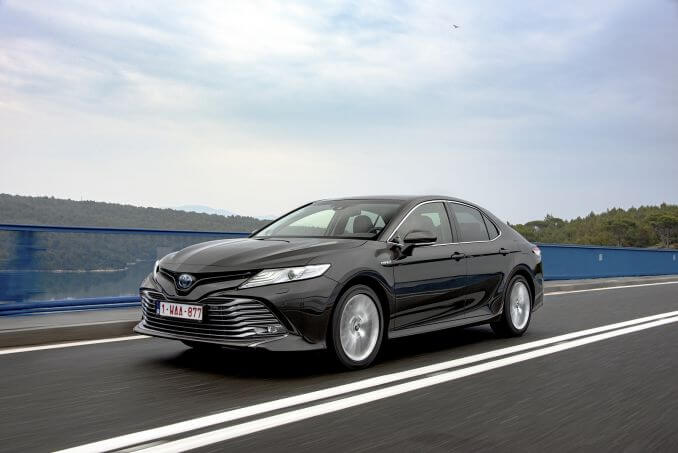 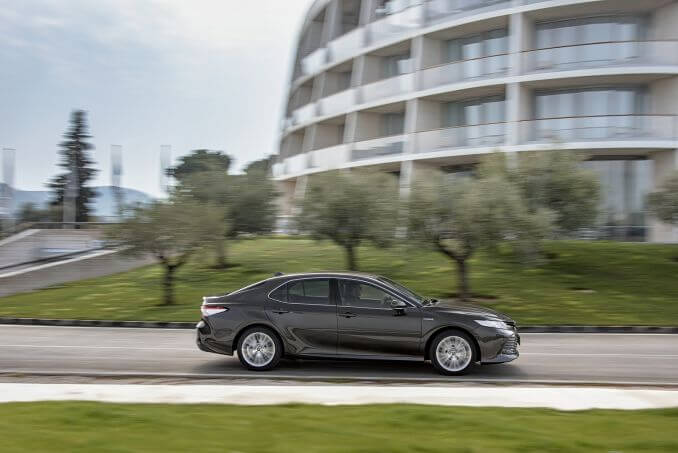 Review
The Toyota Camry shares much of its engineering with its Lexus ES cousin but, as Jonathan Crouch discovers, this spacious medium-sized saloon is also very much its own car.

Ten Second Review
Toyota's making a habit of re-introducing its best-selling nameplates into our market. First, there was the return of the Corolla and now the Camry name is back too. As before, it sits on the boot lid of a Mondeo-sized saloon but this time, there's hybrid power beneath the bonnet - and that will be this Toyota's biggest selling point.

Background
You might never have heard of the Toyota Camry. It hasn't been sold here since 2004 after all and we've missed a couple of model generations in the intervening two decades. In the US though - and in many other international markets - the Camry is big news for the Japanese brand: in America alone, over 400,000 Camrys are sold each year. It was canned in the UK just after the turn of the century because of Toyota's inability at that time to offer a diesel option. So it's a touch ironic that the demise of diesel has led to its return now as a 'self charging' petrol/electric hybrid that shares most of its engineering with the more image-conscious Lexus ES.

Driving Experience
Under the bonnet sits a 2.5-litre four cylinder petrol engine aided by an electric motor powered by a battery of the 'self-charging' (ie non-Plug-in) variety. Total output is 218hp. In other words, in class terms it's just like a Ford Mondeo Hybrid. But unlike a plug-in Volkswagen Passat GTE or Kia Optima PHEV. As with those cars, you'll miss the in-gear flexibility that a diesel would give you. But that's the trade-off for saving the planet. The engine and/or the electric motor drive the front wheels via a sequential Shiftmatic auto gearbox. And of course the suspension is set up for comfort rather than for any kind of dynamic drive, though the stiffer platform of the car's GA-K chassis means it shouldn't be embarrassed if there's a need to push on round the bends. So what's the Camry experience like? Very quiet, is the answer. There's silence when first you begin and push the starter button. Silence when you ease through slow-moving rush hour traffic, the engine cutting in only above 25mph, unless you've a particularly heavy right foot. Like most hybrids, the car can trickle along powered by the battery pack only (as it is from start-off) or more usually, with a combination of both battery and engine, something you can monitor via a graphic display in the centre of the dash.

Design and Build
There's nothing especially arresting about the look of this Toyota but a slightly bigger size than the Mondeo segment norm does give it the look of a saloon from the next class up, which is no bad thing. Unlike rivals, there's no station wagon variant. Back in the Nineties, there was a Camry Estate but there are no plans for that version's return. Inside, it's as roomy and spacious as the exterior dimensions suggest this car would be. Leather upholstery is a given, as are heated and power-adjustable seats (this is a car designed for the American market after all). The 7-inch centre-dash display isn't huge by current standards though - and it lacks 'Apple CarPlay'. All will be forgiven once you take a seat in the back though, where there's space for three adults and a superb amount of legroom. Not quite as much as is offered in a rival Skoda Superb saloon, but a lot nonetheless. You get a big 524-litre boot too, which interestingly is far bigger than this model's mechanically-identical Lexus ES cousin.

Market and Model
There's just one saloon body style and one hybrid engine option for Camry buyers, but you do get a choice of trim levels - 'Design' (which costs around £30,000) and plusher 'Excel' (which will set you back around £1,200 more). There's lots of kit included as standard, with both versions getting leather upholstery, powered seats and the Toyota Touch 2 with Go multimedia and navigation system. This incorporates DAB reception, Bluetooth phone connection, audio streaming and Advanced Voice Recognition. You also get the 'Toyota Safety Sense' package, which uses both a camera and a millimetre-wave radar to gain a high level of potential hazard detection. They are deployed in a Pre-Collision System with pedestrian detection, full-range Adaptive Cruise Control, Lane Departure Alert, Automatic High Beam and Road Sign Assist. The Pre-Collision System operates at speeds between 6 and 112mph, detecting objects on the road ahead and reducing the risk of a collision. If it determines that a collision is likely, it prompts the driver to brake with audible and visual warnings.

Cost of Ownership
This hybrid is of the non-Plug-in kind: which is why it's so much cheaper than hybrid rivals who only offer Plug-in technology. On to the figures. A Camry manages up to 53.3mpg on the combined cycle (WLTP) and up to 98g/km of CO2 (NEDC depending on wheel size). In comparison, a Ford Mondeo 2.0 EcoBlue diesel auto model would manage 55.4mpg on the combined cycle and 132g/km of CO2. As you'd expect, to get the full benefit of the potential efficiency of this Toyota, you've got to do your part as a driver - and that means proactive use of the various modes and systems provided. To get anywhere near the figures being quoted, you'll need to keep the car locked into the 'Drive Mode Select' system's 'Eco' mode, which moderates throttle response and engine power output while tweaking the climate control. Plus you'll also need to keep a very careful eye on the Hybrid system indicator that replaces the usual rev counter on the dash, making sure that the needle stays as often as possible in either of the blue 'Eco' or 'Charge' zones. Garage visits should cost you significantly less than would be the case with a diesel rival, thanks to the low maintenance requirements built into the Hybrid Synergy Drive system. As part of this, there's no starter motor or alternator to go wrong, no drive belts to break, a maintenance-free timing chain, no particulate filter to get clogged up with diesel fumes and of course, thanks to the CVT auto gearbox, no clutch either.

Summary
The Camry's charms aren't difficult to identify. Hybrid power, obviously. You might wish it was one of those models of a plug-in persuasion, but then it would be far pricier. Aside from that, the Camry falls back on the same attributes that sold its Eighties and Nineties predecessors. Namely the fact that it offers more space for rear seat passengers and luggage than the Mondeo segment norm. Amongst saloons anyway. And it's better equipped for the money. If these advantages pique your interest, go right ahead and try this Toyota. Hybrid tax breaks will certainly reward you for doing so. Other rivals are more dynamic. But you might well feel that a Camry just makes more sense. Camry owners always have. 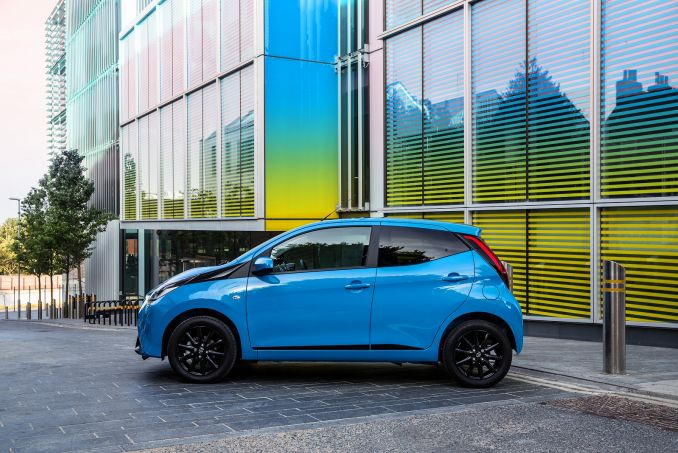 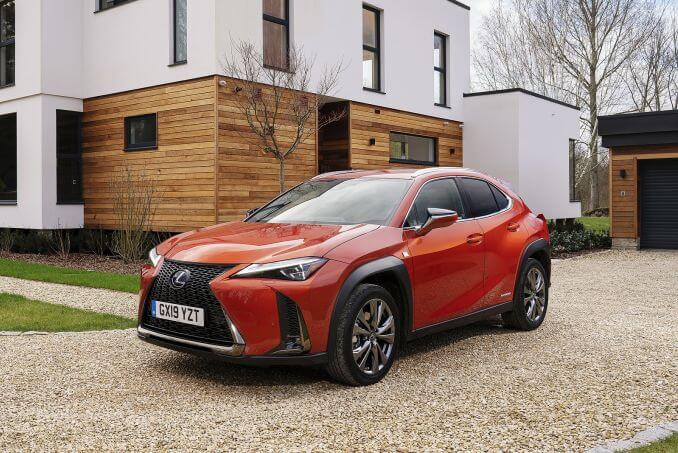 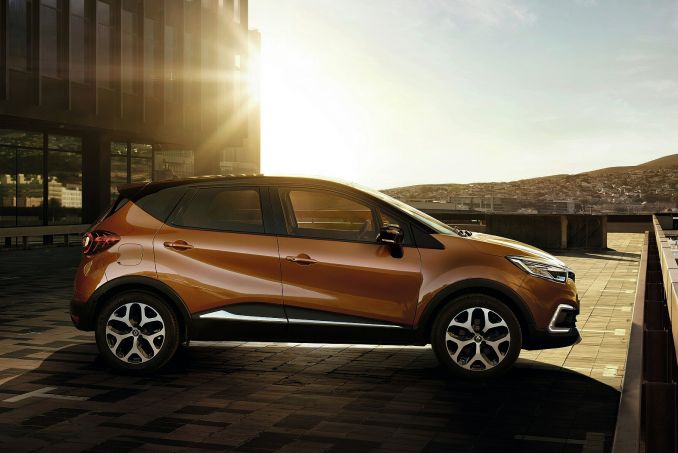 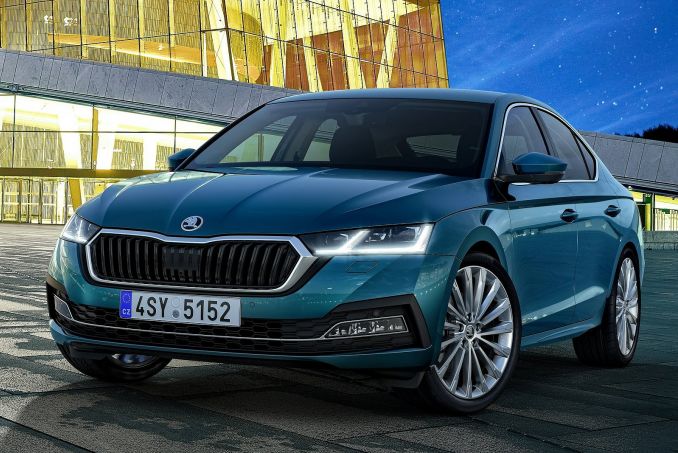