A new study by Intelligent Car Leasing has identified that the UK public does not have confidence in autonomous (self-driving) vehicles.

1750 British individuals aged 18-65+ were surveyed, resulting in an astounding majority of all respondents revealing that they would not feel safer in a self-driving vehicle than a human controlled vehicle.

The exact question which was put to respondents was: What Type of Vehicle Would You Feel Safest Travelling In? 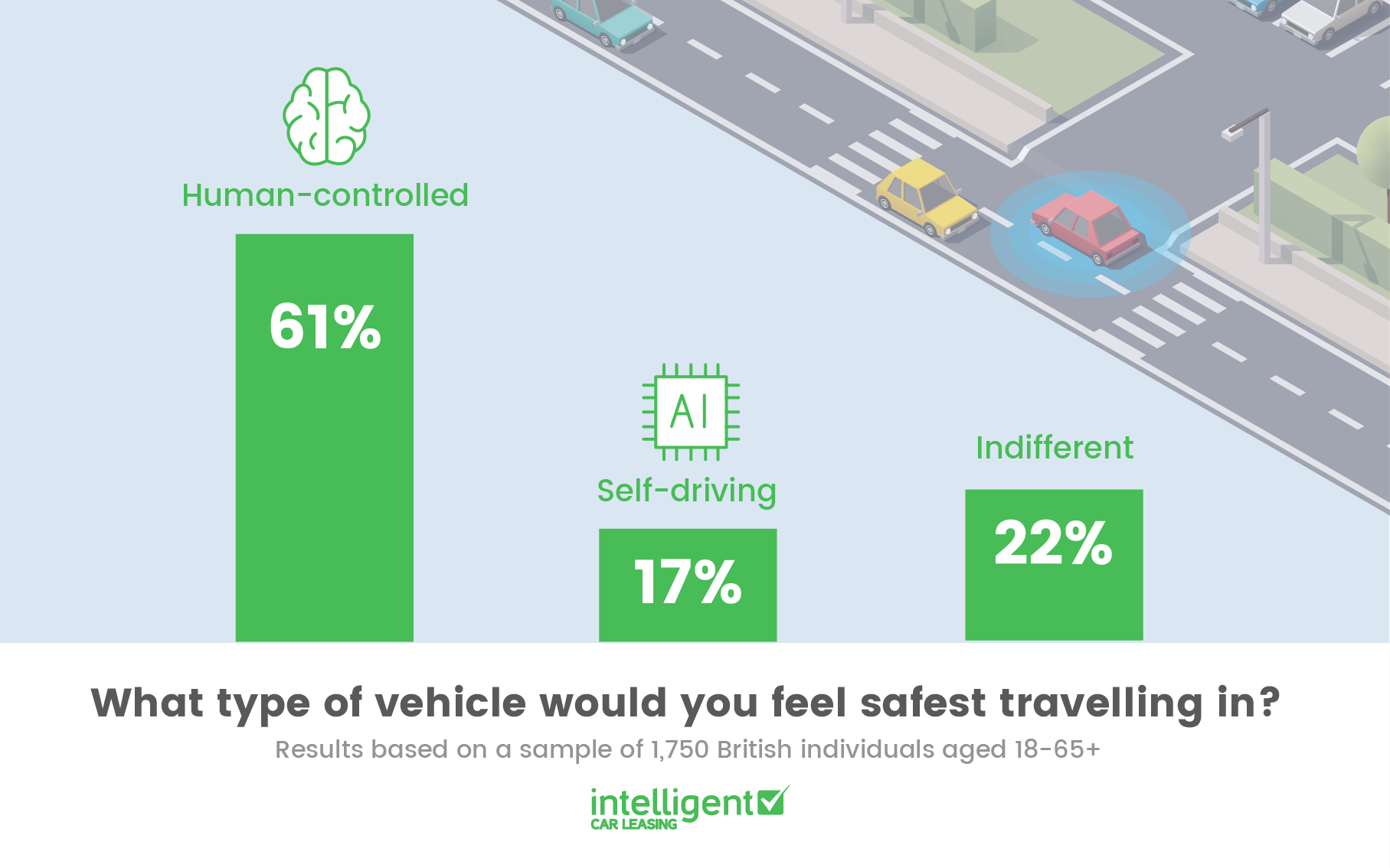 Difference Between Ages and Genders

When analysing the answers between respondents there are some clear trends worthy of note.

Respondents over 65 year olds had by far the highest confidence in human driven vehicles.

When looking into the reasons as to why people might not want to be transported in a driverless vehicle, a recent study of 2,134 individuals by Avivaprovides some insights:

The reasons given above indicate that car manufacturers have huge barriers to overcome before launching self-driving vehicles successfully. If the public’s lack of confidence and concerns aren’t addressed it seems likely that autonomous vehicles will be a commercial flop.

The marginally highest individual reason of ‘I would rather be in control’ is a personal preference. This is something which is very hard to overcome or change with simple marketing and PR. So immediately a large proportion of the market is isolated from the product.

However, not trusting the technology and not knowing enough about autonomous vehicles can be changed with consumer education. The individuals who responded with answers (2) and (3) above are the target market for car manufacturers to win over. These two respondent groups make up 50% of the market who currently don't want to use a driverless vehicle. Therefore there's a big pool of potential buyers waiting to be won over.


The Facts on Self-Driving Vehicles 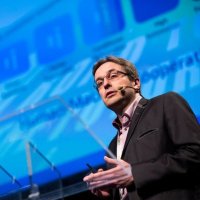 Cars will gradually become more autonomous over the next 20 years. Today, the focus on autonomous features is to help prevent accidents. Longer-term, the focus is on eliminating the need to drive altogether, giving people back the time they usually spent driving to work. If we look at current levels of automation, the systems are built to help, not replace the driver.

We have just tested the latest BMW 5 Series. Its forward-facing sensors can tell when the car is fast approaching, or potentially going to hit, an object or a pedestrian. When it detects this, the car applies the brakes. When a human slams the brake in a panic, their reaction time might mean that they take too long, or their leg might bounce back, or they might not push the pedal all the way. The system will apply the right amount to stop the car, if possible. EuroNCAP has announced that low-speed emergency braking technology leads to a 38% reduction in real-world rear-end crashes.

But, it’s important to remember that today’s cars are not fully autonomous. A car is an incredibly useful tool, but we’re careful to make sure that the people who drive them are trained, tested and licensed to use them. In the same way, drivers must know the capabilities and the limitations of the systems they are using. These systems need to work with drivers, so while there are situations where the average driver is safer, and there are situations where the autonomous systems are safer, both are safest when working together, with an informed driver who knows, at any given point, what their autonomous car is capable of.