Okay let’s be honest, some of us are straight up petrol heads and we just won’t admit it. The signs are there but we refuse to pay attention to them… Perhaps you don’t even know deep down that you’re a serious car nut and think everyone behaves likes this!

Well this article looks at 5 of the key signs that show you’re addicted to cars, motoring and anything speedy in general. Chances are if you tick more than 3/5 of the signs listed below you can officially call yourself a petrolhead. Read on to find out if you’re in or out! 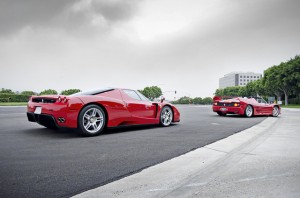 Okay so it’s a bit of a sad thing to do but many of us petrol heads and car addicts have went to a showroom for a test drive just for the fun of it. Yes if you’re interested in leasing a car you need to tell a bit of a white lie and pretend you’re interested in buying; but if you can put up with the dealer’s sales patter then the rewards can be high.

This is a tell tale sign of a petrol head, as most “normal” people find test driving new cars a chore rather than a pleasure! 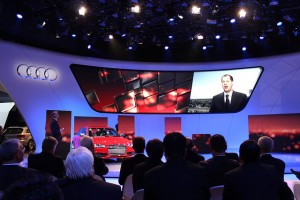 When you find yourself at any sort of conference, show or gathering you know you’re getting into the inner circles of any area of interest. The same holds true for cars; if you find yourself at an auto show you can genuinely say “look at that rear” without sounding like a pervert (if you’re looking at the tail end of an attractive new concept car that is).

At auto shows you’ll often hear about the latest announcements before they break out to the general public (really the motoring public). So if you find yourself at a motor show on the tips of your toes trying to get a first peak at a new release then there’s no doubt you’ve got a serious case of petrolheaditis!

3. Concept Cars Are Exciting to You 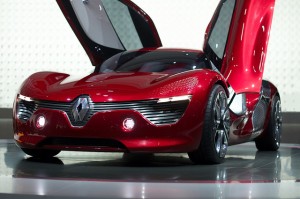 Concept cars (prototypes or experimental builds) are often released to the public to gauge opinion and gather some PR for the manufacturers. Petrol heads love this sort of stuff and you’ll be sure to see a lot of chatter on online forums and social networks when a new concept has been unveiled. Sound familiar? Probably because you’re one of us!

It doesn’t matter if the concept is ridiculous and doesn’t stand a chance of being put into production; car lovers will debate them until they’re blue in the face.

4. If Top Gear is on the Television You’re Watching It

Top Gear is a show pretty much constructed for anyone who likes light comedy and entertainment now. But back in the day it was a serious car reviewing behemoth, and it has retained a loyal following from all the car geeks who once hanged on the team’s every word.

For some car fans it won’t matter if a breaking news bulletin came up about the apocalypse; if Clarkson hasn’t finished racing a fighter jet in a £500 van the channel isn’t getting changed. 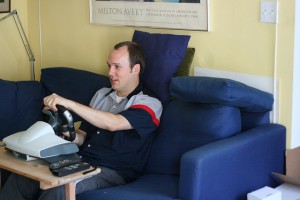 These kits are costly and provide a computer game experience that reflects actual driving much better. If you find yourself needing an indoor car setup to play games then yes, you are definitely a certified car nut!

Having said that it’s a much cheaper way to drive around the Nuremberg race track than getting a flight over to Germany.

There you have our top 5 signs that you’re an incurable car freak, how did you do? Let us know in the comments!

All images in this post were sourced under Creative Commons licencing.

This entry was posted in Fun Car Stuff on April 30, 2014 by Marc Murphy