Car Technologies of the Future

The contract hire car market today is very congested; meaning growth is hard to achieve without offering something truly special to drivers. For this reason cars are evolving at a faster pace than ever before as the battle for sales gets tighter.

Cars are starting to take a new direction and the difference from one generation to the next is no longer focused on simply improving current features. New technologies are being introduced at a rapid rate which now makes new car releases a much more interesting area to keep an eye on.

This post will look over some of the potential industry changes and car technologies of the future. It is based on tangible evidence and concepts that are achievable in the foreseeable future, not developments that rely on technology that doesn’t exist yet.

There have been several research projects that have looked into using solar panels on the top layer of a car’s body to generate additional power. There are some academic experiments which have created cars the run purely on solar generated power. However in practical terms such a power source is too unreliable to be used as a vehicle’s sole propulsion mechanism. See one such example from MIT’s solar vehicle project team:

Although 100% solar powered cars are not a realistic option, using solar generated power as an additional or supplementary source of fuel is a very viable proposal. For example hybrid cars work better when the battery is charged by plugging in to a power point, rather than only being charged directly from the petrol/diesel fuelled engine. Therefore the use of solar panels on a car’s body could act as an on the road supplement to provide some power directly to the battery.

Flywheel technology is an innovative solution to harvest the kinetic energy produced when a car is braking. This is closely related to the concept of on the road electricity generation from solar panels mentioned above. However unlike solar body panels flywheel technology is much further along the line in terms of development and commercial implementation. Versions of the technology are already in use in Formula 1, but it is still awaiting launch into the consumer market.

There are consumer prototypes in place such as the Volvo V60 KERS which can be seen below:

The advantage of flywheel technology is that it doesn’t require a heavy battery to store the harvested energy. The energy generated during braking spins a flywheel which is released to assist acceleration when needed. Keep an eye on this topic as it may not be too long before it is available on the dealership forecourts.

The technology for monitoring individuals’ vital health signals is already widely available in several forms. It’s only now that manufacturers and engineers are considering integrating the use of such technology into the building of cars.

Eye tracking technology is already being used in multiple software applications to allow for easier on-screen navigation. However it has been suggested that manufacturers might use eye tracking technology to judge whether a driver is drowsy or not alert enough. If the eye responsiveness or movement patterns are not normal a warning system may tell the driver to pull over and rest.

Pulse recording software may also be used by implementing a measurement device into the steering wheel. This way the driver’s pulse rate can be passively recorded and allow the car to come to a controlled stop should something critical such as a heart attack or stroke occurs. 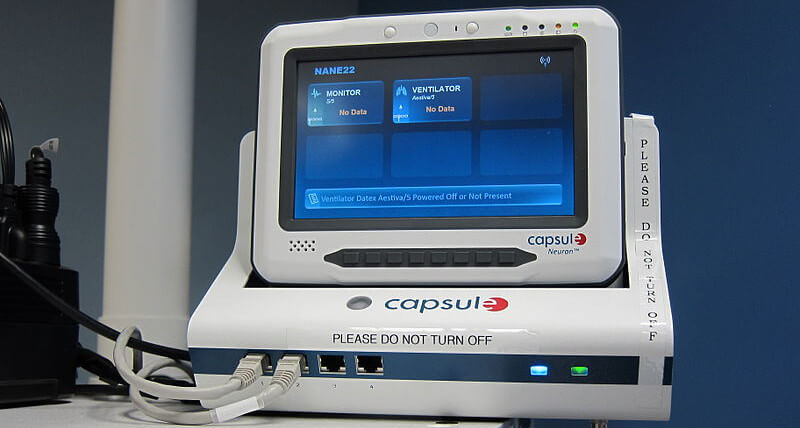 Open source projects have exploded in recent years and are not only kept to the confines of the software world anymore. The traditional route for cars to be manufactured is by a company developing the design, taking it to production and keeping the rights to the entire project. However open source car development projects are putting an end to that trend and opening up a whole new chapter for car manufacturing.

In these open source projects the car plans are open to anyone without commercial fees or restrictions. People are free to take the plans, change them, add to them and use collective knowledge to create a communally better product.

One such example of an open source car design in action is the car that is part of the ‘Global Village Construction Kit’ from the Open Source Ecology Foundation. This is a movement that wants to set up open source plans for a series of self-assembled necessities that will allow anyone to set up a self-sustaining community. What makes the OSE open source car different to other designs out there is that it’s intended to be constructed by everyday people with a baseline level of practical construction knowledge. Using the easily obtainable core components of the global construction kit the intention is for people to be able to make a reliable car at a fraction of retail cost. The car is admittedly very basic and in a prototype stage, but this is something that is gaining momentum and if it comes to fruition should be a very interesting automobile.

Please note the vehicle in the video below is an example of an open source car but is not the specific Open Source Ecology model discussed above.

Once a thing of pure fantasy, self-driving cars are all over the news now as development and testing is underway. With Google, Ford, BMW and many others developing the necessary technologies as we speak it is only a matter of time before they hit the roads.

Some predictions say that it could be as early as 2020 before autonomous cars are coming off the production lines. But with the inevitable development setbacks and a mountain of red tape to get through it could well be a lot longer.

Another problem with self-driving cars is that they are open to malfunction and 3rd party hacks. There is a lot of debate about if self-driving cars could be targeted by hackers, terrorists and other groups who may wish to cause malicious harm to people. Connected cars that talk to each other

Closely related to the development of self-driving cars is an open network which all cars connect to in order to “speak” to each other. If cars have a computing system that is aware of other cars around them, their travelling speeds and their movements there is potential to reduce collisions significantly.

There is the buzz-term ‘connected vehicle technology’ surrounding this development which looks at various ways in which cars of the future would be able to interact in order to reduce accidents, injuries and fatalities.

One of the most commonly cited methods of facilitating ‘connected vehicle technology’ is the use of WI-FI directly between cars. This will allow quick data transfer between vehicle’s computer systems that are within a certain distance of each other. Obviously with accidents happening in split seconds reducing the time between cars communicating is essential. Therefore connecting to a centralised service such as a cloud based server could cause issues with lag and information transfer delays.

If and when this does come into play it could be a great help in reducing collisions on the road. According to the US secretary of transport Anthony Foxx car to car communication technology could reduce accidents by as much as 80%.

As you can see there are a lot of technological developments that could be integrated to the motor industry in the coming years. Some of them are more viable than others but each one listed here has a fighting chance of making it to market.

What is universally true is that there will be continual improvements to the safety, connectivity and comfort levels of our driving experience in years to come. The form in which these developments are delivered may be uncertain, but you can count on them coming.

This entry was posted in Fun Car Stuff on February 26, 2014 by Marc Murphy