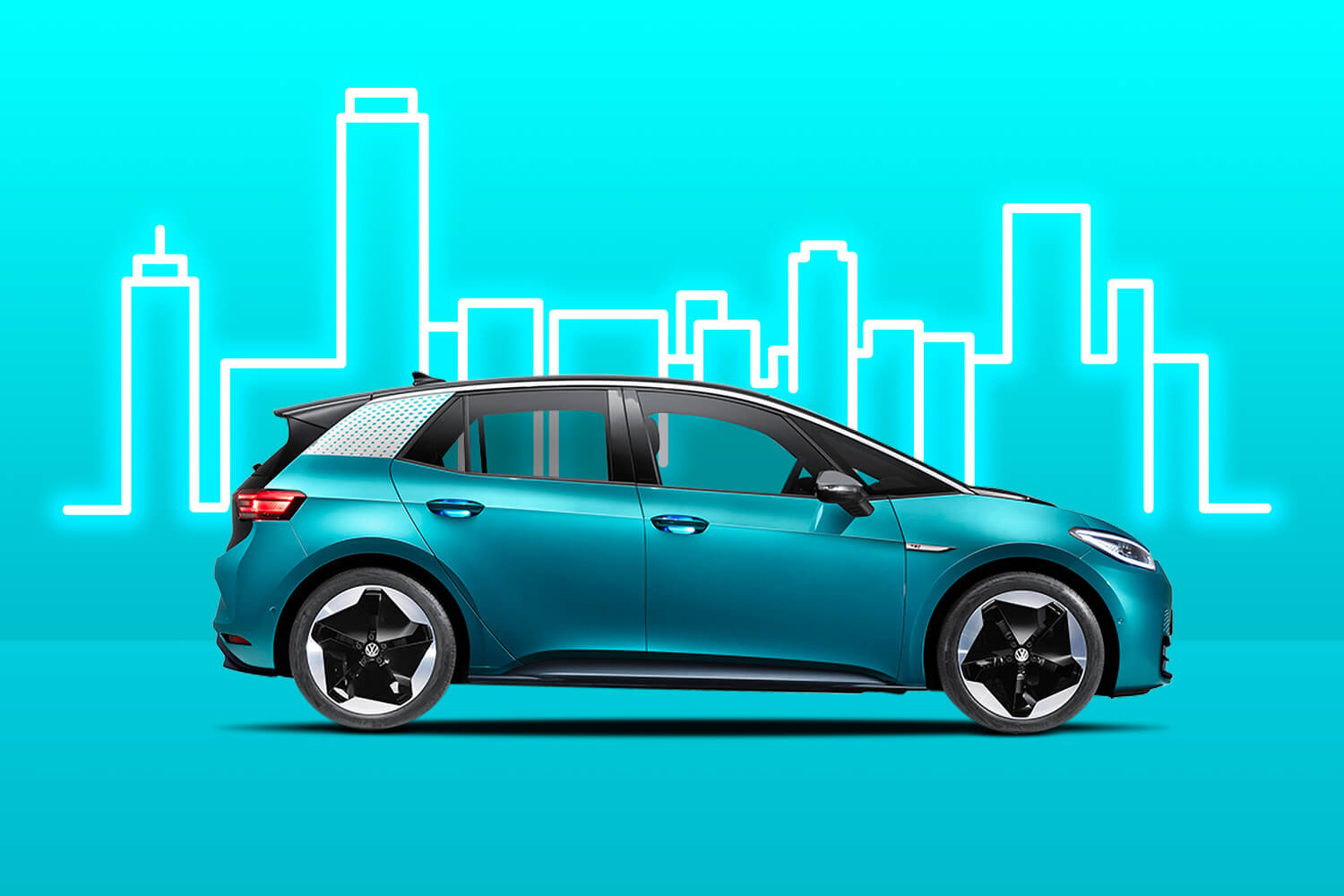 City dwellers – Is an EV right for me?

With a rising number of street chargers and the introduction of Clean Air Zones (CAZ), now is the time for city-dwellers to consider the benefits of switching your vehicle to an EV (electric vehicle) or Hybrid.

So, if you live in or near a city centre, or are a frequent city driver, what are the benefits of going green and can you really make a difference to the planet and your pocket with an EV?

We’ve got 4 reasons why you should go green, city dwellers!

If you’ve not yet heard of a Clean Air Zone (CAZ), you’ll soon be familiar with them as they are rolling out across the UK’s largest cities.

To bring you up to speed, a CAZ is a single road or part of a city where targeted action has been deemed necessary to improve air quality. London’s equivalent Ultra Low Emission Zone has been in place since 2008 and has gradually widened to include more of the city.

Bath and Birmingham were the first cities to go live in June this year and alongside London, are leading the way to cleaner air. This means if your vehicle exceeds set emissions standards, then sorry to say you’ll now be charged a daily rate for driving into the zone while lorries, buses and coaches will face a far heftier levy.

How can you avoid being charged?

It’s simple. The only way to avoid a charge is by reducing your vehicle emissions. The zones operate 24 hours a day, 7 days a week, every day of the year so there’s no escaping those pesky fines even on Christmas Day. But you are automatically entitled to a national exemption, and do not have to pay a charge, if you have a vehicle that’s fully electric or ultra-low emission.

Portsmouth is next to join the growing list with a CAZ going live on the 29th of November while Newcastle, Bradford, and Leicester are set to follow suit in 2022 with Glasgow’s LEZ planned for 2023.

The Government’s plans pledged additional funding of £620 million for zero-emission vehicle grants and EV infrastructure, including funding for on-street residential charging. With grants for off-street (driveway) home charge points set to end soon, this redirection of investment is a massive boost for drivers of EVs who live in flats or rent their property. That said, greater investment is required to get the UK’s charging infrastructure where it needs to be before 2030.

So, even if you live in a city apartment or flat and don’t have at-home charging facilities, or a private driveway to install a charger, you can take full advantage of the vast number of public chargers. It’s certainly another reason to choose emission free driving!

If we haven’t got you thinking green yet, then the fuel cost savings definitely will. Swapping a petrol or diesel engine for a battery electric car could save you significant amounts on fuel. On average this can work out at a whopping £900 per year, based on EV drivers with an average yearly mileage of 12,000 miles*.

But there’s more than just the cost-savings! Forget the worries of mpg, every car journey will be completely emission free. You can weave in and around the city streets even for a short time without worrying about the impact your gas guzzling machine will be having on the environment or your pocket.

A hybrid vehicle is also a sensible choice in the city. Often 20mph and 30mph speed restrictions are in place in urban settings so even when driving a hybrid, you’ll produce zero emissions when travelling at those lower speeds. And with an average all-electric range of 30 – 40 miles per charge a hybrid-electric car could be a great choice for these short, but frequent, inner-city commutes. So, get ready to say ‘goodbye’ to the petrol station!

How much will I be paying in electricity instead?

The cost of charging your car can vary depending on location. For example, Scotland currently has free charging through the ChargePlace Scotland network.

There are also your local Tesco supermarkets. As part of a partnership with Volkswagen and PodPoint, you can take advantage of free to use 7kW fast chargers. There’s also the choice of rapid 22kW or 50kW chargers however these will be in line with market rates.

Another alternative is IONITY ultra-rapid chargers (up to 350kW) which cost £0.69p per kWh, slightly more costly, but you pay for the convenience of very fast charging while Polar from BP Pulse offers a subscription service which costs around £7.85 per month and thereafter charging at selected Polar outlets is free.

Ultimately, there’s lots of choice to keep city-dwellers on the go!

So, I hear you asking, “is there an EV for me?” Well, there’s an extensive and rapidly growing variety of EVs to choose from so you’re bound to find an EV that’s up your street.

A huge demand for battery cars means there are now 650,000 BEVs and PHEVs* on our UK roads and the demand is not showing signs of slowing down. An incredible 125,000 BEV have been registered this year alone!

Choice wise, it’s highly likely your favourite model now features an electric or hybrid powertrain. For example, the highly popular Peugeot 2008 is now available in all-electric guise with the e-2008, likewise the Kia e-Niro is the electric version of the brand’s standard Niro. However, you’ll also find an array of new EVs (and some new electric manufacturers) appearing all time; from high-end all-electric models such as the Porsche Taycan, Polestar 2 and Tesla Model 3 to compact city cars like the Fiat 500 Electric and the stylish Peugeot e-208 supermini.

In fact, there are very few manufacturers that don’t have an electric model in their line-up.

Our Head of Sales and Marketing, Marc, is the perfect example that switching to electric driving while living in the city is possible. Marc has been driving a fully electric Tesla Model 3 for the last two years with no immediate access to a driveway charger.

He says: “With no charging facility at my city apartment, my usual routine is to make use of two on-street chargers located close to where I live, and if I’m ever running really low I’ll make use of an occasional 30-minute Tesla supercharge to quickly top-up when needed – the nearest supercharging network is only a 10 minute drive away from me. With a growing number of charging points near me in the city, it has been a problem-free experience.”

When it comes to leasing an electric vehicle, city dwellers shouldn’t feel left out. In fact, it makes a lot of sense. With a government ban on new ICE cars and vans (Internal Combustion Engines) from 2030, the roll-out of more Clean Air Zones in our towns and cities over the next few years, and the likelihood of petrol and diesel cars seeing even greater costs and restrictions, the future is electric – especially in the heart of the city!

This entry was posted in Other on December 2, 2021 by Charlie Strand