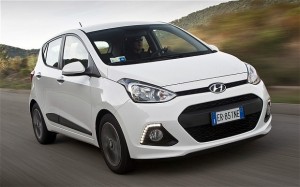 As always there are a range of new vehicles lined up to be released in the New Year. Some models only contain minor adjustments to their predecessors, whilst others have undergone a more radical design/redesign. This post will focus on family cars due to be released in 2014.

Family cars are traditional mid-market motors that are built to serve a number of general purposes. The Wikipedia definition of a ‘family car’ is that it’s a European classification for “normal” sized cars, stating that the majority take the format of a hatchback vehicle.

To create a successful family car manufacturers have to produce a vehicle that performs well on a range of measures such as cost, reliability, fuel efficiency, ease of running, storage space and practicality. All of the new family vehicles being released in 2014 will be working towards a sweet spot in the middle of these factors. Time will tell who has done best and claimed the most sales.

See below our picks for some of the most notable family vehicles due to be released in 2014: The new Renault Megane is due to launch in the first quarter of 2014. This new Megane has undergone a bit of a facelift which helps differentiate it from previous versions. It will have various models in its range including a standard estate and a faster RS model.

The amendments made to the Megane for its new 2014 release are mainly cosmetic in terms of changing the appearance. The engine mechanics will remain relatively untouched, but there are some amendments to the driver facing electronics. Drivers who have driven previous versions of the Megane will definitely be able to tell the difference in the new cabin.

J. Texier the design project manager for the new Megane stated that they redesigned the vehicle to fit in better with the other models in their range. So this new release is part of an effort to unitise the overall Renault output; rather than create a flagship car that separates itself from the pack. Due to go on sale in January 2014 this car is one of the main money makers for Hyundai. There is a lot riding on the successful re-launch of the car in the UK as it accounts for 1/3 of their entire sales. The i10 is a great value for money city-car that has made its name by providing no nonsense motoring. Building on this, Hyundai has sought to create something that offers the same value whilst possessing an improved appearance.

Being entirely designed and manufactured in Europe the new i10 has went for a sleeker more daring look. This separates it from other similar vehicles on the market like the Fiat 500 and now makes it a contender on appearance and functional value. The new i10 has had a redesign inside and out, with much finer attention to detail being paid to the dash layout and interior fittings. There’s not anything that screams out as being revolutionary, but there is an overall feel of higher quality. With plug-in hybrid cars getting more popular the release of the A3 E-Tron, due to launch in summer 2014 is a welcome addition to the family car market. This is a vehicle for someone wanting a practical car that can be taken on your average family outing but has a bit of oomph behind it. With a 148bhp combustion engine and a 99bhp electric motor it can definitely handle itself.

The sleek extended body gives ample space for comfort and you don’t have to worry about emissions as much. The electric motor which is favoured to power momentum by plug-in hybrids over the combustion engine helps keep CO2 output to a minimum.

If driving on electric power alone you get 31 miles, which doesn’t sound a lot but will do nicely for short journeys. One thing is for sure, that the hybrid powering greatly increases the MPG fuel consumption rate under normal conditions. The new Nissan Qashqai was revealed to the world this November and is available to order in January 2014. This is the second generation of Nissan’s successful crossover that arguably sparked demand in the market in the UK.

Utilising the basic setup of a car but implementing many of the features of an SUV the Qashqai gives the best of both worlds. They are very popular with the urban family market as they have heaps of space but are still easy to drive.

The new Qashqai hasn’t changed too much in design from the original and has largely kept its rounded shape. The main upgrades come to the interior and the user interface for driving and controlling the cabin. Family buyers will be pleased to know that Nissan has put a lot of work into improving the engine efficiency and safety features of the car for 2014.

This entry was posted in Top Car Choices on November 20, 2013 by Marc Murphy