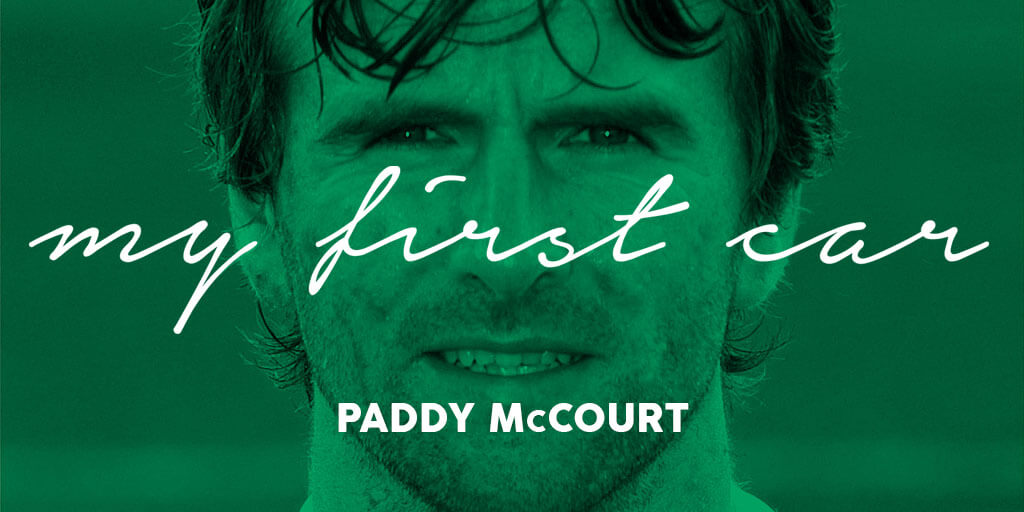 My First Car – By Paddy McCourt

I can laugh about it now but it wasn’t funny for me at the time. I’m referring to my first driving test – I think it was in 2006 – and I was given a ‘Fail’ by the examiner for driving too slow! Honestly, can you believe that?

I was penalised for going at 30mph in a 40 stretch of road. I couldn’t believe it when I was given the reason. I thought you could only be punished for speeding…not for being too careful. My mates never let me forget it and I was the subject of a few ribbings for that.

Needless to say I wasn’t as cautious the next time and I passed three months later. All in all, I think I had 20 lessons. I just wanted to get my first set of keys and I pretty much a deal lined up with one of my Derry City team-mates to buy his BMW 318 off of him for £3000. I was delighted and the boy I bought it from was doing cartwheels as it had had four previous owners! Overall, I was delighted with my negotiation skills.

Still, it was great for me just have my independence on the roads and I made the most of it. It made such a difference to my life not having to rely on public transport or arranging lifts from team-mates, friends or family.

I kept that car until I signed for Celtic in 2008. I felt I had to change it as it was a Blue BMW. It just wouldn’t have felt right driving that colour of car when I was playing for the Hoops. That’s not to say I went out and bought a green one! No, I think my next one was black.

I enjoy having a car and the freedom that it give you to explore at any time of the day or night. I wouldn’t like to ever be without a set of wheels because I rely on it for so many things every day of the week. A car is an essential part of life.

Favourite Car Owned: It has to be the Range Rover. I’ve had two or three over the years and have one now. Slick, comfortable and reliable.

Dream Car: I’d love a classic Ferrari. Can you get me one for jut an hour, please?

This entry was posted in Footballer's First Cars on August 30, 2018 by Mairi Fedi