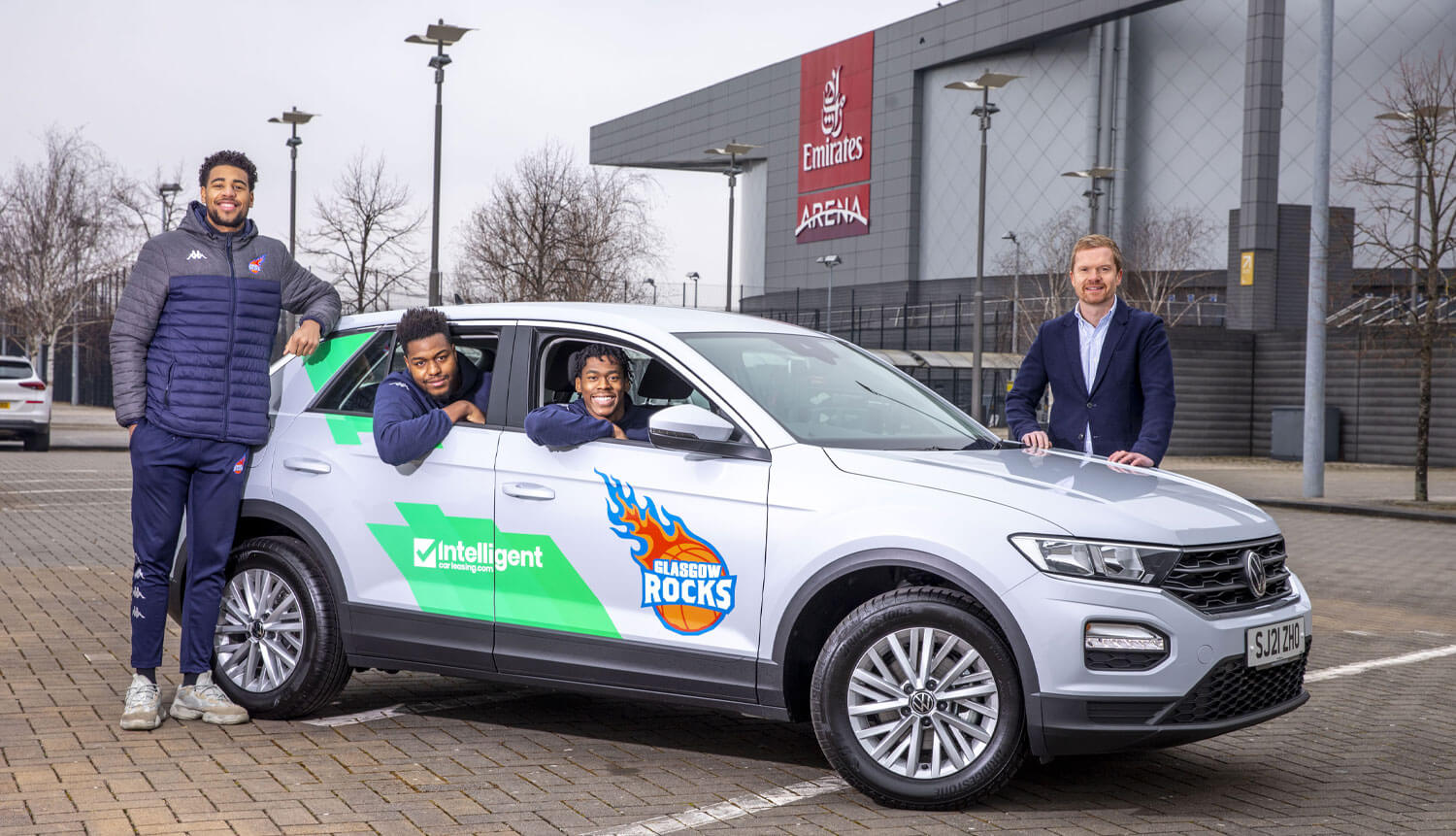 THREE basketball players subjected to racial abuse in Glasgow have received a big boost that literally gets them back on the right road again.

As well as having to move home following the series of incidents the trio’s car was vandalised with its tyres slashed and windscreen smashed with a hammer.

Intelligent Car Leasing have handed the keys to a brand-new VW T-Roc car for the players, solving any transport problems following the attacks.

The support for the players is aimed at underlining a message that Glasgow has a more inclusive and empathetic side.

Martin Brown, Managing Director of Intelligent Car Leasing said: “The reports of what these players went through really hit home. That sort of mindless behaviour is totally unacceptable and not the Glasgow we know, love and work towards achieving. We want to show a better side of our great city.

“We’re providing the vehicle with all expenses taken care of for a three-year period. As well as getting to and from training sessions we hope the players use the car to explore as much of the city as possible. And once lockdown is eased then they can explore more of Scotland too.”

Glasgow Rocks’ player-coach Gareth Murray described the car company’s gesture as ‘heart-warmingly positive’ adding: “That initial welcome these players received was way out of order and had a major impact on them and the rest of the club. By coming forward with this amazing offer, Martin and his company are showing the real Glasgow that’s about warm welcomes and friendliness.

“After that bleak period the players were quickly moved to a new home and have settled in without any hassle. Now this new car allows them added freedom to properly enjoy their time in our city.”

Player David Mpondo said: “We’re overwhelmed by this generosity. We can only say a big thank you to Martin and his company for getting us back on the road. We’re all hugely appreciative and their action certainly further confirms that whoever was responsible is in the minority.

“These bad first experiences have been overshadowed by a wave of positivity from so many people here in Glasgow.”

As part of its commitment to give back to the community Intelligent Car Leasing and its sister company Fleet Alliance have raised more than £600,000 for local and national charities and good causes.

This entry was posted in Charity on March 4, 2021 by Marc Murphy