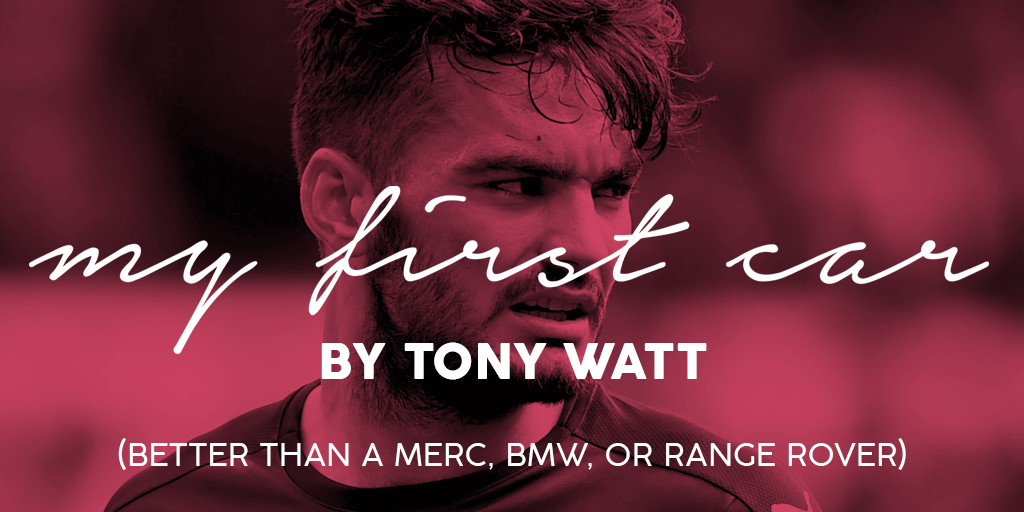 My First Car – By Tony Watt

My first car was a Vauxhall Astra, 1.6ltr engine. It was a black one. I think all footballers had Black cars back then and I followed the trend. It was 2011 I bought it for around £5000 and I took it out on a Finance deal.

I was a youth team player at Celtic at the time and I didn’t drive for the first six months I was there. Getting to Celtic’s Training Centre at Lennoxtown every day wasn’t the easiest location to get to and I was determined to pass my driving test and get my first set of wheels. I took about 40 lessons and passed my test first time. I was well chuffed with myself.

The memory of being handed the keys by the car salesman is still fresh in my mind, even though it was six years ago. I got some buzz from it. It was like scoring a goal. I went everywhere in my car and I thought I was the new Lewis Hamilton. Even simple things such as choosing your own CD’s to play was so good.

The car park at Lennoxtown had top of the range Mercedes, BMW and Range Rover and even one or two more extravagant than that, but, in my eyes, nothing could beat my Astra.

It was also good for taking my mum to the supermarket every time I could. Helping her do the shopping and then loading my car up with the groceries gave me a nice feeling of giving something back to her after everything she and my dad had sacrificed for me.

I’ve had many different cars since my Astra, from Volvo to Kia, and I now have an Audi A3 in Black, of course. Some things never change.

Dream Car: I’m not massively into cars but I suppose a nice flashy Ferrari would be good for six months when I hang up my boots. I’d also like a drive in a Formula One car….but I’ll also need to wait until I’ve retired from football to drive that kind of machine.

Why not have a look for your dream car? We have thousands of lease deals to choose from.

This entry was posted in My First Car on August 1, 2017 by Tony Watt