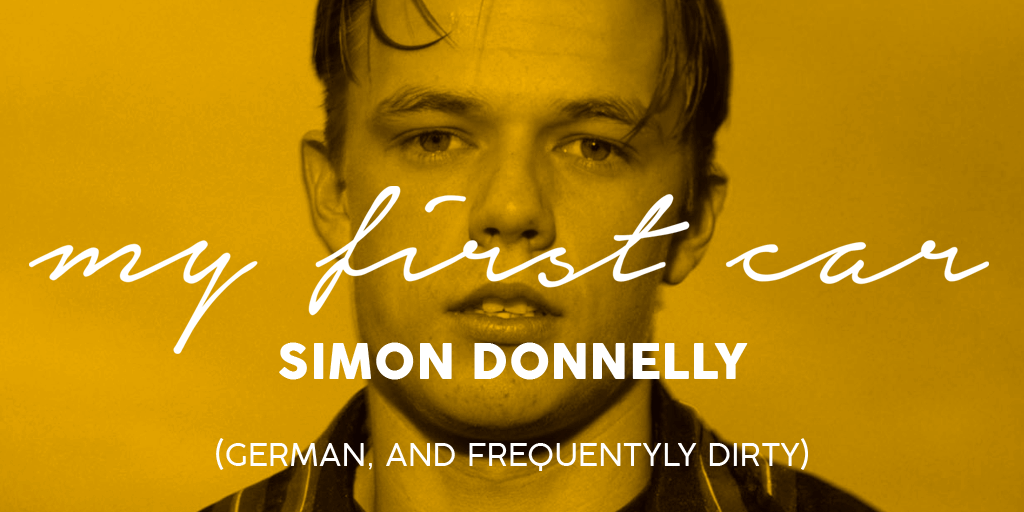 My First Car – By Simon Donnelly

WHEN I was a teenager all I wanted to do was pass my driving test. After I joined Celtic at 17, I had two aims – to get into the first team squad and get my licence.

I sat my test when I was 19 and had already bought my car. Talk about being confident! It was a brand new Volkswagen Golf. Right out of the wrapper. It was a lovely shade of green and it was gleaming.

All I had to do was pass my test. Well, I don’t need to tell you, I failed.

But I still went to the garage right after the Examiner broke the bombshell news to me. I took my mum me and my ‘L’ plates and she had to sit in the passenger seat as I drove away. It only made me more determined than ever to get behind the wheel without a ‘babysitter’ and I passed the second time.

It was a wonderful time in my life and having the freedom to get around without relying on others is bliss. I was able to drive down to my grandparents in Ayrshire on a regular basis and that gave me great pleasure.

But I wasn’t keen on getting it dirty and that’s when the arguments and ducking and diving would start every day at training when we were in the reserves at Celtic. We would get changed at Parkhead and then drive to Barrowfield, about half a mile along London Road.

You’ve no idea the lengths some of us would go to not to be the one to drive and have four passengers with muddy football boots and dirty training gear on. But we took out turn – some more than others! The car always needed a full wash and scrub by the end of the week.

I enjoyed my Golf car and bought three of four more after that. Happy, happy days.

Dream Car: I’m not really into cars, my wife is keener than me. But I’d have to say a Ferrari. My sons would love being driven around in such style!

This entry was posted in My First Car on October 11, 2017 by Kevin Blackmore