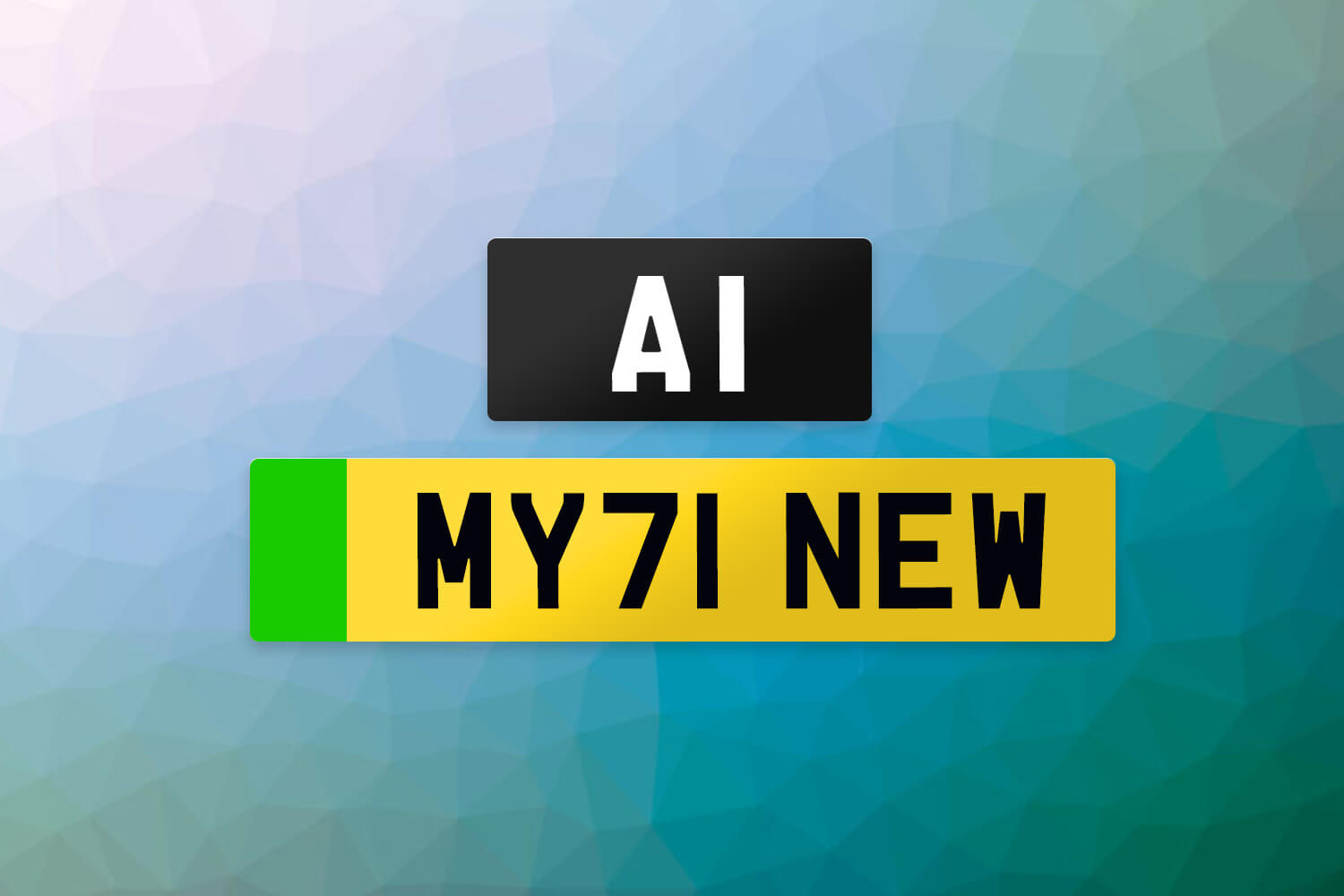 The journey to the new 71 plate

Let’s be honest – there’s a certain smug satisfaction to climbing into a brand new car with the latest plate. With the 71 plate now appearing on new cars we thought we’d take look back at how the plate as we know it today came to be.

The very first registration plate was issued in London in 1903 as part of the new Motor Car Act when Earl Russell snapped up ‘A1’ for the princely sum of 20 shillings.

Along with the new requirement for all vehicles to display a registration plate, the new Act also raised the maximum speed on any public highway from 14mph to 20 mph and made driving licences compulsory, though a test wasn’t required at the time – the driver simply had to be 17 or older and able to pay a fee of 5 shillings.

When registration plates were introduced in 1903, they were black with white, grey or silver characters which consisted of one or two letters denoting the local council the vehicle was registered under and a sequence of up to four numbers making up the unique identifier. Letters were assigned based on population size, therefore London snagged ‘A’ with Lancashire being assigned ‘B’ and so on. There was nothing to indicate the year of registration – a feature that wouldn’t appear for 60 years.

Variations of this dateless plate format remained in use until 1963 when the layout was changed to a three-letter combination followed by up to three numbers and a letter suffix to donate the year. Many councils were slow to adopt the new format with some not making the switch until it was made compulsory in 1965 – the same year the Driver and Vehicle Licensing Centre was founded (now the DVLA) though registrations wouldn’t be centralised under its administration until 1974.

The introduction of a letter signifying the current year was an easy way for drivers to identify a new car. At the time, plates changed on the first of January each year However, buyers who were becoming increasingly keen to have the latest plate, would wait until the new year to purchase thereby creating a lull in the second half of the year. Concerned retailers lobbied to have the plate change date moved to 1st August to avoid this slump. Their pleas were heard, and on 1st August 1967 the F plate was issued, replacing the E plate which had only featured on cars for just 7 months.

1973 heralded a change of colour. Black plates were changed to white with black characters on the front and yellow on the rear. This was also the first year that reflective plates became mandatory.

The following year, the origin of the letter code changed from indicating the local council to representing the closest Vehicle Registration Office – a new network of local offices operated by the DVLA as part of a sweeping centralisation of the licencing system.

In 1983, letter suffixes reached the letter Y and the format was once again changed. The new format reversed the sequence again, but this time starting with a prefix letter indicating the year, followed by a sequence of numbers.

Z has never been used as a year identifier, as along with I, O and U they are too easily confused with numbers. While Q is used in very limited numbers to indicate vehicles of indeterminate age such as kit cars, and heavily modified vehicles, it has never been used to denote the year.

Changing the plates twice a year led to a rapid reduction in the number of available plate combinations, so in September 2001, the current sequence was introduced starting with the 51-plate, followed in March 2003 by the 02 plate. The latest change came in 2020 with the introduction of a green flash to identify zero-emission vehicles.

The current format was designed with longevity in mind: The final plate in the current plate format – 00 – won’t be issued until 1st September 2050.

We’ve come a long, long way since Earl Russell handed over 20 shillings for his A1 plate. 108 years later and the plate is still in use and now resides on a black Mini after being purchased for just under £2 million. We doubt that any 71 plate is ever going to be worth that sort of money, but there’s no doubt that getting into a brand-new car with the latest plate, is still a very rewarding experience.

If you fancy rewarding yourself with a brand new car with the latest 71 plate, why not take a look at our latest car leasing deals.

This entry was posted in Car Leasing Knowledge on September 14, 2021 by Kevin Blackmore