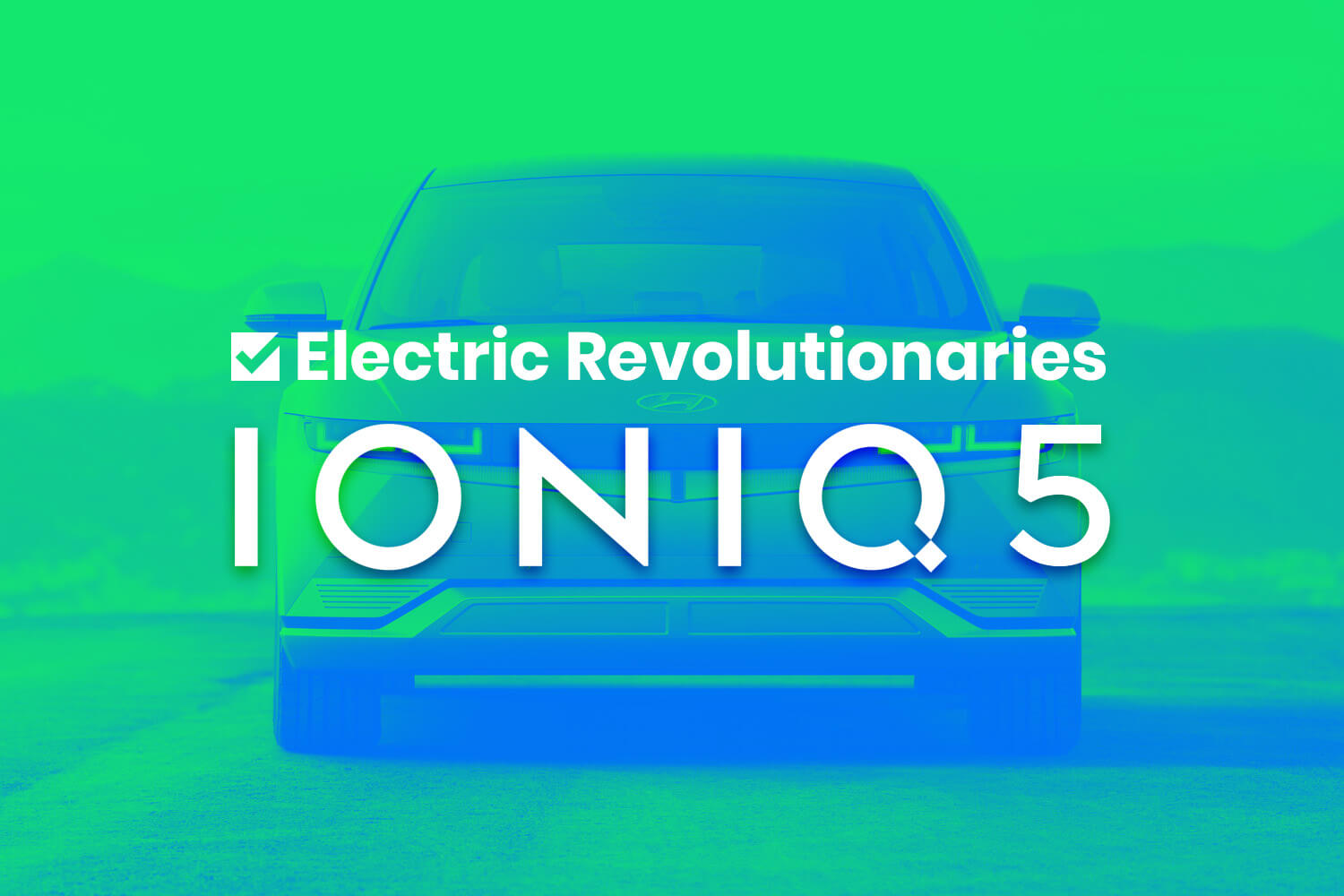 In the first of a series of blogs spotlighting electric vehicles that we think have, in their own unique own way, helped revolutionise the idea of electric driving, we take a look at the Hyundai IONIQ 5.

The IONIQ 5 is the first model released under Hyundai’s new IONIQ sub-brand. If you’re looking for a clear example of the way manufacturers have utilised the electric revolution to pivot their design philosophies and tempt the driving public away from the banal safety of fossil-fuelled car design, then the IONIQ 5 is a bit of a poster child.

The IONIQ 5 is a very different proposition from the existing IONIQ model which launched in 2016. At the time it was the Korean manufacturer’s first car to be designed from the ground up to be electrified. Indeed, at launch, it was the only car in the world to offer hybrid, plug-in hybrid and electric variants.

Taking its name from a portmanteau of ‘Ion’ and ‘Unique’, the model achieved decent success within its niche due to the ample space and impressive technology that belied its competitive price point. But some would argue that it was hamstrung by its quirky Prius-like wedge shape and plain design.

But fast-forward to 2021 and the IONIQ name, now a sub-brand dedicated exclusively to electric models, represents something significantly more exciting. First previewed in 2019 as the Hyundai 45 EV Concept, the soon-to-be IONIQ 5 garnered praise for its impressive design. Even more impressive was the fact that Hyundai had the strength of its design convictions to release a production version that is virtually identical to the concept.

Lead designer Luc Donckerwolke took his inspiration from the Pony – Hyundai’s first mass-produced export. As a result, the IONIQ 5 is unashamedly angular. But it’s anything but boxy. Its retro-futuristic design is the result of a design team looking to the future, by referencing the past. The Honda e pulled off a similar trick, but where the Japanese supermini offered a gorgeous blend of Apple-esque curves and circles, the Korean CUV presents a bold array of straight lines and squares.

The IONIQ 5’s retro-leanings are most evident in its front and rear light clusters. Based on what Hyundai is calling ‘Parametric Pixels’, the running lights are distinctive squares made up of an array of LED pixels. Below the front light cluster there’s a comb of vertical perforations that, during the day, resemble a solid panel, but let light through when illuminated for that extra bit of pixel magic. Other inspired design touches include the clamshell bonnet – an attempt on Hyundai’s part to reduce panel gaps, the turbine styling above the wheel arches, and the 45-degree door swages that make the door panels look like they’ve been literally folded into shape.

Design aside, the IONIQ 5 also has a couple of very cool tech trick up its sleeve courtesy of its optional solar-powered roof (genius, but sadly not available in the UK) and its ability to act as a mobile generator with a bona-fide 3-pin plug socket enabling you to power pretty much anything you can fit in the boot – even another electric car if you’re feeling generous with your remaining charge, which shouldn’t be a problem based on the 300+ miles of WLTP rated range on offer. And we’ve not even touched the interior which features an impressive widescreen digital cockpit, and two fully reclining relaxation seats in the front which, due to the completely flat floor afforded by Hyundai’s bespoke E-GMP platform, can be pushed back into the middle of the cabin to expose built-in calf rests. It’s this radical approach to design that has made the IONIQ 5 such a triumph. For a long time, Tesla has garnered attention for its progressive approach to introducing modern technology philosophies into the passenger car, but its production models have never pushed the envelope design-wise.

It’s taken an established manufacturer to pull that off, and who would have expected it to be Hyundai with their plain-looking IONIQ brand? But here we are, and boy does the IONIQ 5 deliver!

This entry was posted in Car Product News/Reviews on September 22, 2021 by Kevin Blackmore