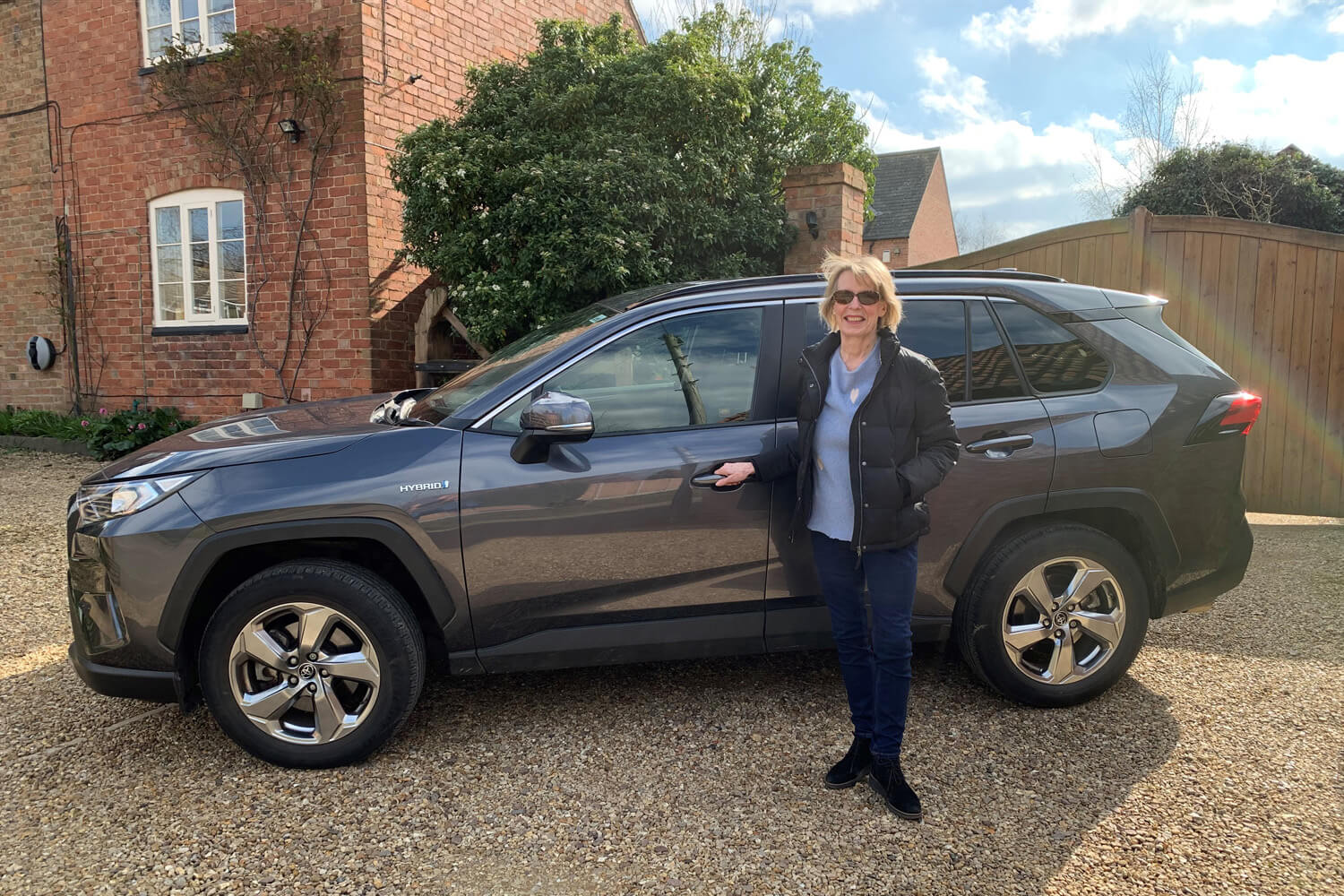 Why Tess rates her Toyota more than a Tesla

Tess Wentworth-James is uncompromising on her views about her car. It’s better even than her husband’s Tesla Model 3, she says: “It’s my favourite car to drive, and I’ve driven a few.”

The car in question is a Toyota RAV4 with a 2.5-litre petrol hybrid engine, which Tess has been leasing since 2019.

She says the hybrid engine was important because being green is “massively important in our household.”

In the meantime, Tess is keen on the car’s smart looks, and the high seating position, which she says offers excellent visibility as well as a feeling of security on the road. Another plus point for Tess is the amount of room inside the car, plus she says the dog crate can fit in the boot, which with the automatic boot opening, makes taking the dog anywhere really simple.

“There’s plenty of technology, but not the sort that you can’t use. It’s so easy to play my music through the sound system, and particularly my audiobooks which I love to listen to on a long journey, all through touch control.

“Talking about control, driving the RAV4 makes you feel very much that you are in charge of the car, not the other way around,” reckons Tess. “The acceleration is very speedy but it’s all very controllable.”

Tess, who lives in Melton Mowbray, Leicestershire, leased her Toyota RAV4 from Glasgow-based leasing company Intelligent Car Leasing. It’s the second time she has leased a car through the same firm.

“They were very efficient at organising the car for me and even things like changing over my personal number plate wasn’t a problem. The monthly lease cost is also very competitive,” she says.

“The leasing people weren’t the only ones who have been efficient. I needed to get the RAV4 serviced, and despite the restrictions of COVID, I was really impressed at the whole process and how efficient everything was.”

Despite the admiration Tess holds for her Toyota, she says her next car won’t be a hybrid. “We’re trying to be as green as possible so my next car will be fully electric. I’ve not decided what it will be yet, but I’ll certainly be going back to Intelligent Car Leasing for advice and their excellent customer service.”

If Tess’s positive experience has encouraged you to make the RAV4 your next car, check out our Toyota RAV4 leasing offers.

This entry was posted in Testimonials on March 26, 2021 by Kevin Blackmore