Why This Isn’t the End for Jeremy Clarkson… 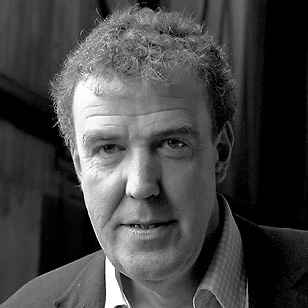 In case you missed it (how?) Jeremy Clarkson has been suspended by the BBC following an incident in which he allegedly punched a producer. This is now pending an official investigation and Top Gear has been pulled from television until further notice.

This decision by the BBC has caused more controversy than any of Clarkson’s own past escapades ever seem to have. And there have definitely been a lot of them!

However looking at the cold hard facts of the case, it’s extremely unlikely that Clarkson will be completely dropped from the BBC. Why? Well the first case for Clarkson staying is the pure value that Top Gear holds in terms of revenue for the BBC. Jeremy Clarkson pretty much IS Top Gear, and the show would be fraction of its current popularity without the curly haired, loud mouthed presenter.

See this graphic for a quick roundup of what Clarkson and Top Gear are currently worth to the BBC: 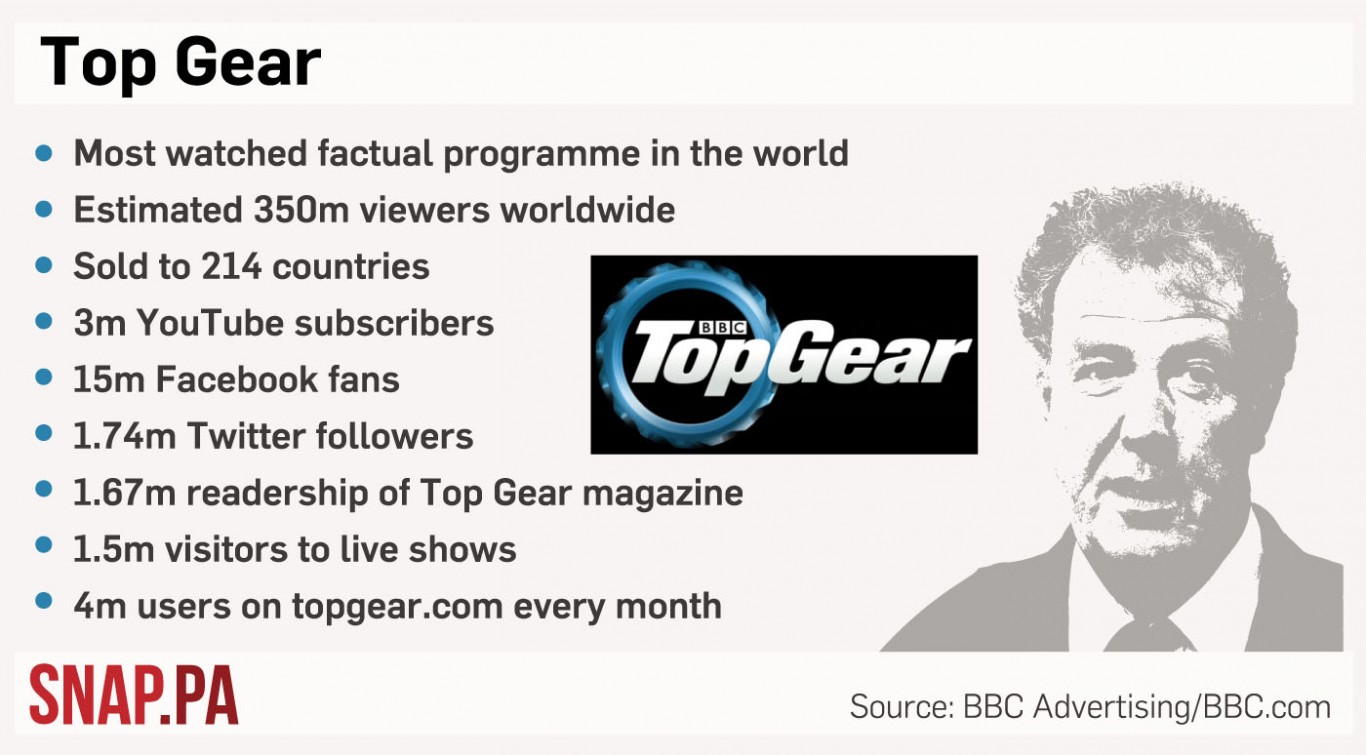 Ok, so this TV programme has huge brand value, is sold to 214 countries worldwide, has a premium rate magazine which has a readership of 1.67 million and a touring live show that has performed to over 1.5 million visitors to date.

Permanently banning Clarkson from Top Gear would be a catastrophe equal to not bailing out the banks in the 2008 financial crisis… The BBC will be too dependent on Top Gear’s income to do it. We know the BBC is in trouble financially as it is axing the young/alternative station BBC3 later this year. Taking this station closure and other cutbacks into account throwing away a large chunk of Top Gear’s value by sacking Clarkson probably isn’t a viable option for the organisation.

Secondly, on top of the financial side of axing Clarkson you need to take into account Jezza’s past record of behaviour and the BBC’s lack of permanent action surrounding it.

Is Clarkson a controversial character? Definitely! Our infographic with some of his most memorable and funny quotes backs that up. However he is a huge asset to the BBC drawing in viewers, ratings, awards and revenue on a level that is probably too big to ignore.

Do you think Jeremy Clarkson will return to Top Gear? Let us know in the comments section below.

This entry was posted in Fun Car Stuff on March 11, 2015 by Marc Murphy