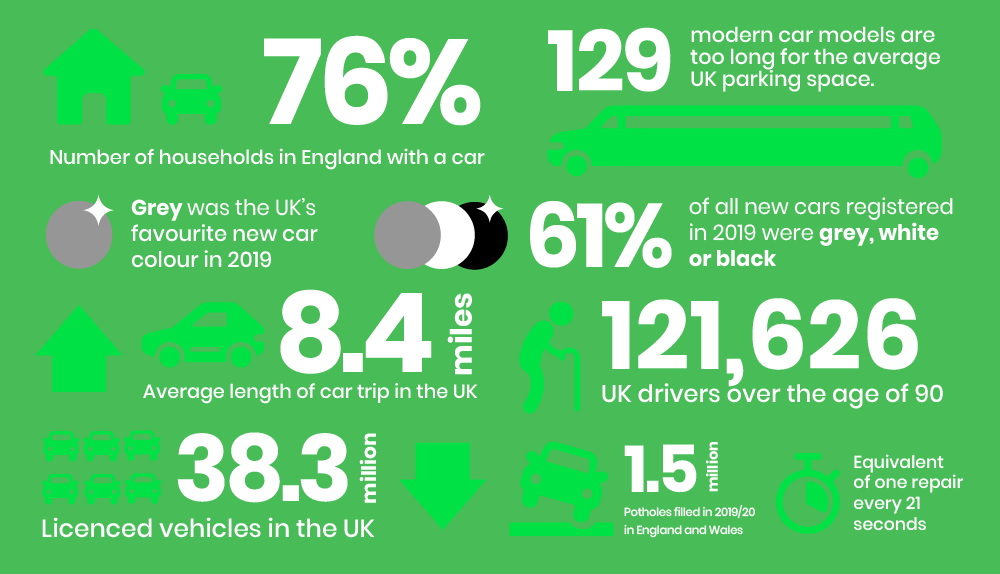 Are you searching for data about the driving landscape in the UK? Do you want to know how many car trips happen in the country or how much time drivers spend in their cars in general? How about the most common new registered or used cars and their colours? The ratio of alternative fuel cars on the road or the demographics of UK residents holding a driving licence?

Interested in what people in Great Britain think about drink driving or using a phone while driving or perhaps what they consider the worst parking sin in the world? And how about how much parking costs in London or the average parking space size in the UK? The number of potholes filled, the amount of vehicle crimes, the ratio of manual versus automatic cars, projected per cent of miles to be travelled by zero-emission vehicles… We have all the data.

Buckle up and start (learning about) driving! 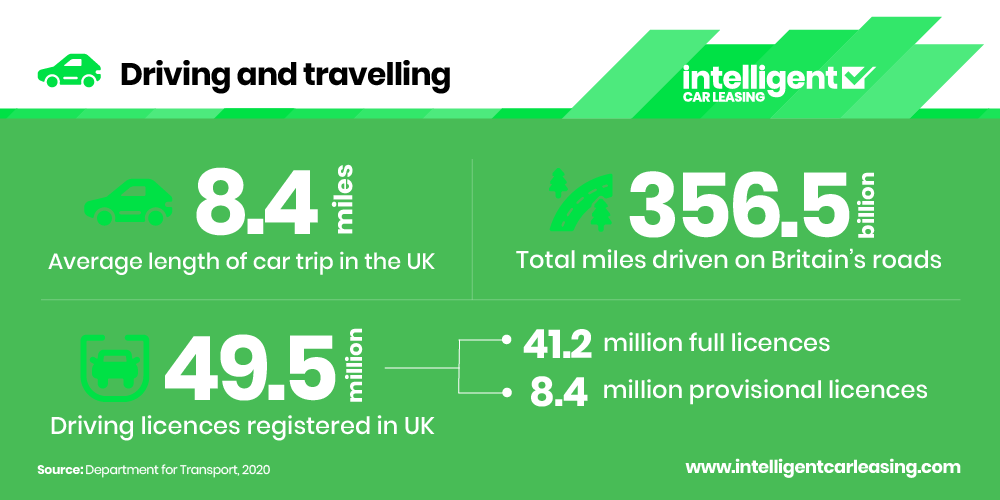 Travelling by and driving a car

Learn how many car trips UK residents make, how many of them hold a driving licence, how many hours they spend in their cars and how many miles they drive. 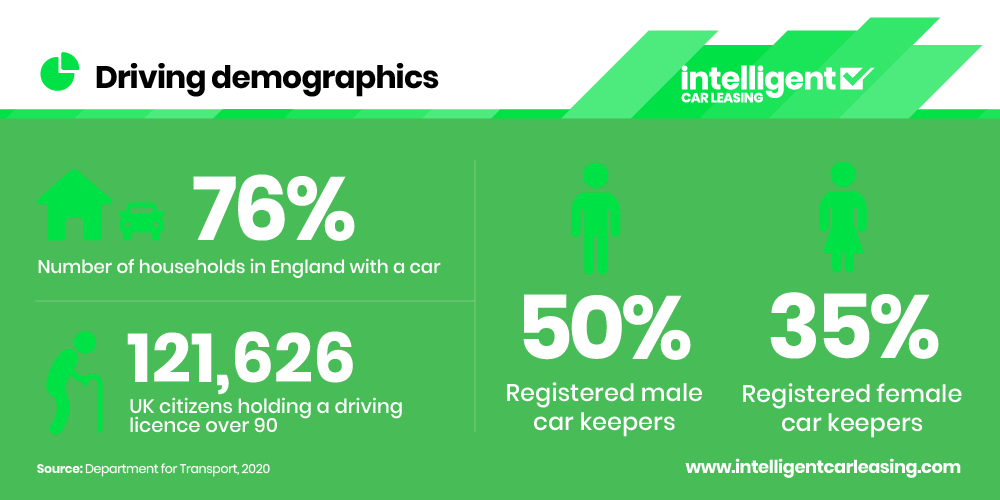 Learn about the households in Great Britain owning a car, which part of the UK has the highest number of cars and vans per head of population, how many men and women have driving licences and how old is the oldest citizen with a driving licence. 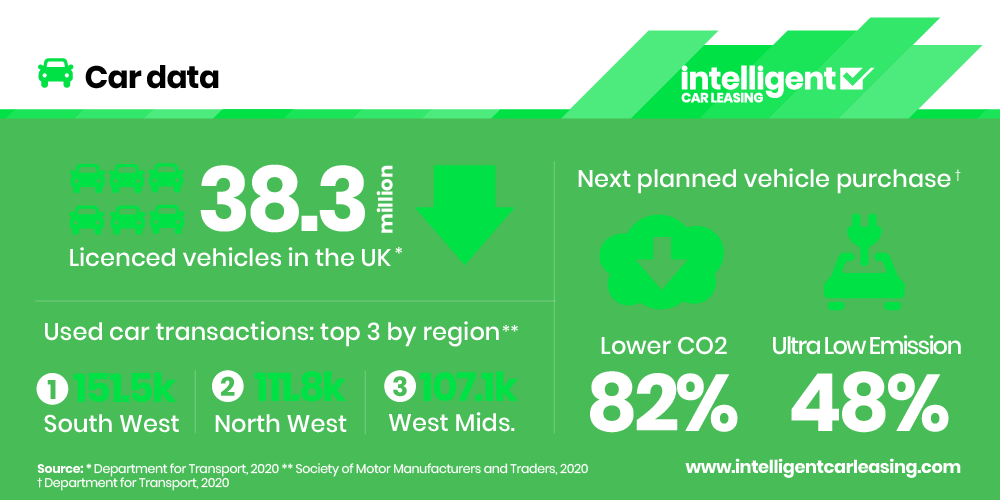 Learn about the number of cars changing hands in the UK, from newly registered to sold, about how many petrol, diesel, hybrid or electric cars are on the road and how the demand for certain car types change over time and region in Great Britain. 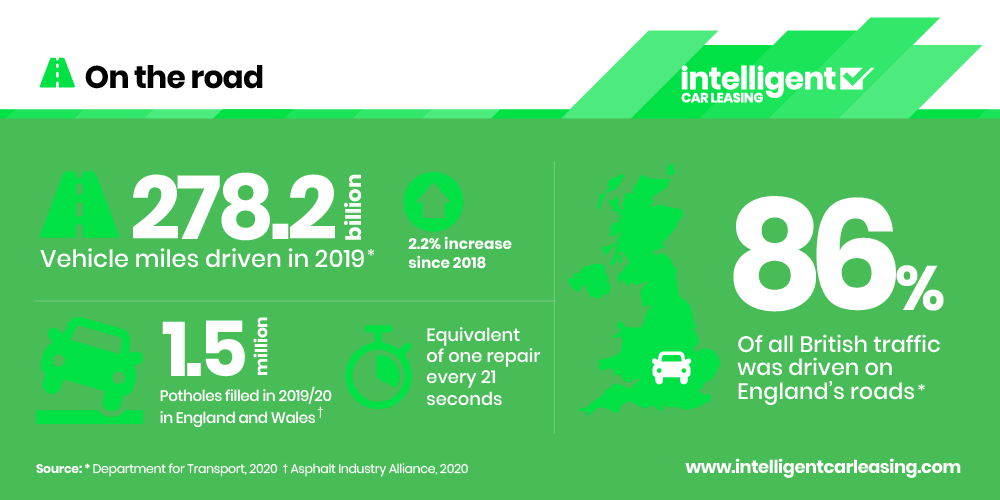 Learn about the amount of traffic that takes place in British roads, the miles travelled on motorways, the proportion of foreign vehicles roaming the country, the traffic growth differences between regions and the number of potholes in the UK. 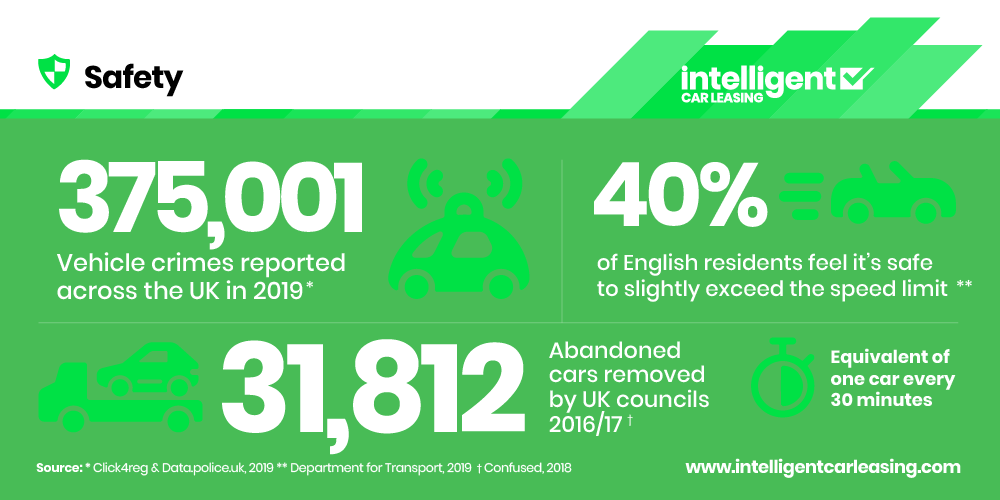 Learn about the road accidents in the UK, the country’s opinion on drinking limits for driving or using a phone in the driver seat, the number of vehicle crimes, and when and how they occur in the different regions of Great Britain. 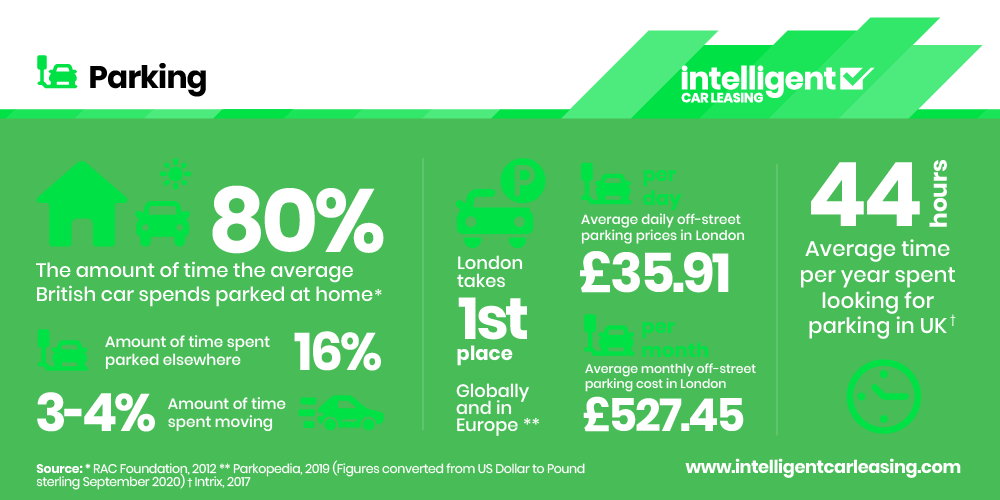 Learn about the number of parking spaces in the UK, the average hours a driver spends searching for a parking spot in a year, where people park and how much it costs for them all over the country, where the UK stands on the global scale when it comes to parking prices and how much UK and London drivers pay annually in parking fines. 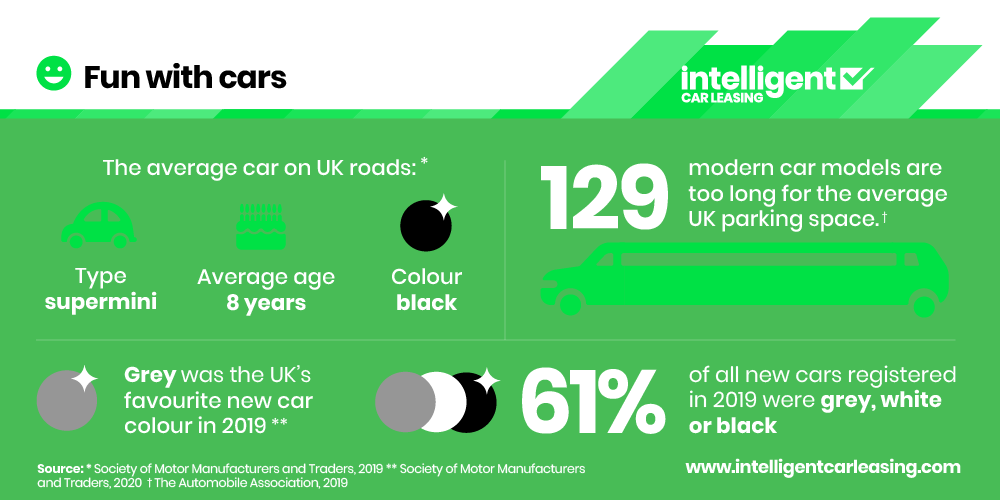 Learn about the UK’s favourite new and used car colours, the ratio of manual and automatic vehicles, the most popular car models, the worst parking sin according to the British and the average parking space size in Great Britain. 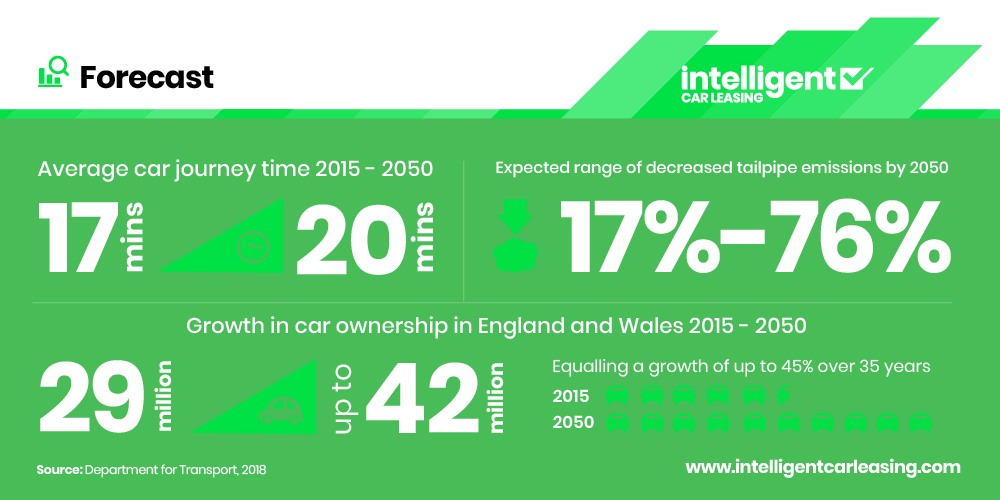 Learn how traffic levels, the length of an average car journey, the CO2 emissions, the average fuels cost and car ownership will change by 2050.

This entry was posted in Fun Car Stuff on September 21, 2020 by Marc Murphy