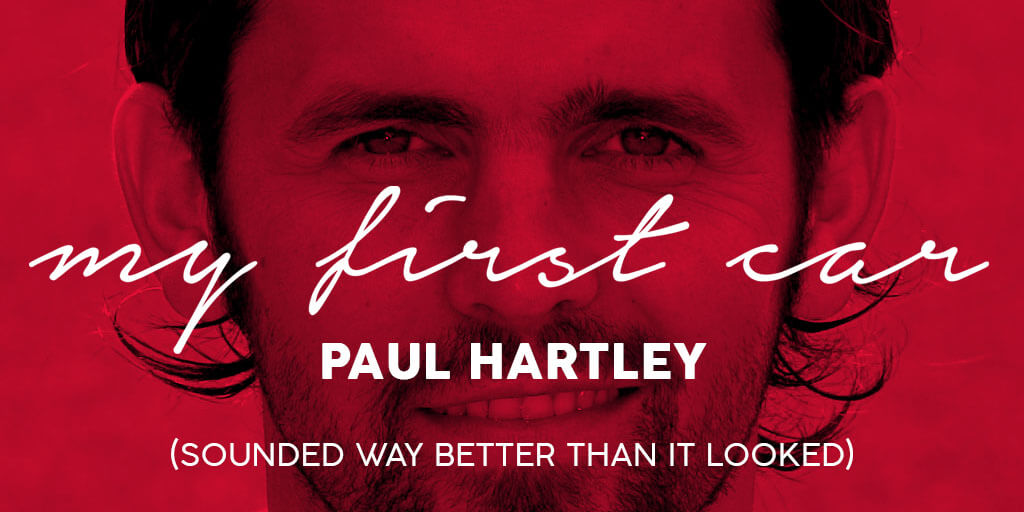 My First Car – By Paul Hartley

Some of the best memories from my life come from my first car, a wee Mini Metro. It was a nice colour of red and I bought it for £400 back in 1994.

I was playing for Hamilton Accies at the time and was 17-years-old. It took me two attempts to pass my driving test but the feeling of when the examiner told me I was good to go was as good as scoring a goal.

I didn’t waste any time getting down the garage and buying a car. The Metro was only a 1litre engine but I was whizzing around the streets of Hamilton, delighted at having my own set of wheels.

The car had a cassette deck in it and it was brilliant being able to select your own music and back then I was listening to Beautiful South. I was really into their music and before that when they first came onto the scene as The Housemartins.

It was also good having a car because it meant I could take my mum to the supermarket and help her get the weekly shop in for the family. It’s always been important to me to help my mum whenever possible because she was great with me as a young boy. And still is to this day.

Thankfully, though, because I lived just two minutes away from the Accies ground, I didn’t need to pick up any of the boys and take them to training. Two or three of the lads would be going here, there and everywhere and it would add an hour onto their day. The lads knew there was no point in asking me but I always helped out when I was needed. It’s important to always be a team player. Dream Car: Would have to be the Bentley Jeep. But that definitely would be in my wildest dreams. If you ever see me driving one of them then you’ll know I’ve scooped the lottery!

This entry was posted in My First Car on December 14, 2017 by Kevin Blackmore