Porsche to launch an electric car by 2020 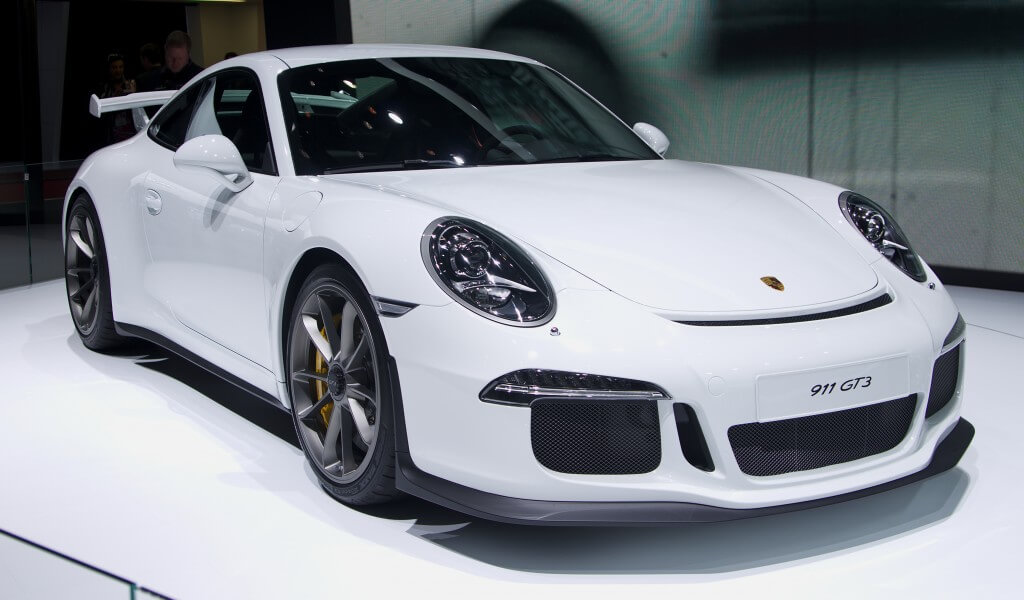 Heavyweights of the German luxury car industry Porsche have signalled their intention to compete with e-car frontrunners Tesla by launching their own electric sports car in 2020. The prototype car, provisionally named Mission E, is seen as part of a company-wide strategy to move away from diesel engines and thus divert attention from the scandal currently being endured by Porsche’s parent company, Volkswagen.

The vehicle itself was originally showcased as a concept car at the Frankfurt Motor Show back in September, but Porsche have now signalled their intention to make the dream a reality. The car initially drew attention in Frankfurt due to the incredibly high performance numbers cited by Porsche, which left Tesla’s Model S eating its dust.

The Mission E by the Numbers

Should Porsche be successful in manufacturing their sports car as per their calculations, they will have one hell of a machine on their hands. Not only is the e-car reported to be capable of achieving 0-60mph in 3.2 seconds (thanks to two twin motors, each powering a separate axle), it will also be able to generate around 600 horsepower and its battery will have a range of a whopping 310 miles.

Perhaps most impressive of all, however, is the rapidly reduced charging time which Porsche claim their battery will require. By utilising a specially-designed 800 volt charge unit, the car will be able to achieve an 80% charge (264 miles) in just a quarter of an hour. This astounding claim outstrips Tesla’s Model S by some distance, which would theoretically take almost triple the amount of time to achieve the same charge.

Porsche also indicated that there would a wireless charging option. Owners who so desired could have a coil installed into the floor of their garage or driveway, so that the Porsche could charge while parked over it. Clearly, the Mission E will be a plaything of the very rich, at least at its outset.

Fashionably Late to the Party

The announcement of the Mission E launch represents a dramatic departure from German automotive engineering over recent memory. Instead of investing heavily in electric and hybrid models (as Tesla and Japanese manufacturers such as Toyota did), VW and its compatriots BMW, Mercedes and Audi instead put their faith in diesel technology.

The fall-out from the VW “dieselgate” scandal, which affected car-owners, VW and the diesel industry as a whole, left the reputation of diesel in tatters. With mounting concerns about climate change and increasingly stringent legislation from the EU, electric and hybrid cars are becoming a more attractive proposition by the day.

As such, Porsche’s entry into the e-market could not have come at a more opportune time. As well as deflecting attention away from the hysteria surrounding their parent company, they can also benefit from the increased interest in electric vehicles (EVs) generated by that very same hysteria.

According to Max Warburton, an analyst from automotive experts Bernstein Research, the Germans were initially dismissive of the strides Tesla was making in the electric industry, but have since sat up and taken notice. “Then they went very quiet. Now they appear to have a strategy. The Germans are setting out to match Tesla – and ideally, to try to kill it,” explained Warburton.

How the Mission E Will Measure Up to the Competition

Whether or not Porsche will be able to kill off the Tesla competition in the sports car industry will rest largely on how well they back up their claims about the Mission E. Of course, Tesla have a huge head start on the Germans, with many of their electric units already on the streets and their own sports prototype, the Model S, expected to be available in 2017 – a good three years before Porsche. Undoubtedly, the performance of Tesla’s machine lags behind Porsche’s projected figures, but perhaps by then Tesla will have cemented their reputation, or the wheels may have come off Porsche’s expensive Mission E. Much can happen over the course of a few years.

As for the other competition, Apple has earmarked 2019 for the launch of its own e-car and has mooted a starting price of £36,000. Other than that, the software tycoons are keeping their cards very close to their chest. Meanwhile, fellow technology titans Google are reportedly expecting to release their own electric cars the following year in 2020, matching Porsche’s predicted date. However, the Google unit may come with one massive advantage – autonomous driving. Whether or not the technology will be ready by then remains to be seen, but the edge this gives Google over its competitors should not be underestimated.

As for the rank outsiders, enigmatic start-up group Faraday Future have stated they will unveil their own prototype in January of 2016. The California-based company, which is backed by Chinese billionaire Jia Yeuting, has already poached staff from rivals Tesla and BMW and is maintaining a very low profile in the race to monopolise the e-car industry.

The Future’s Electric for EVs

Though it’s impossible to say at this juncture who will come out on top in the EV industry battle, the fact that so many contenders are throwing their hats into the ring is surely a good omen for the electric market – which in turn should be welcome news to environmentally-minded drivers and the future of our planet in general.

This entry was posted in Vehicle News/Review on December 14, 2015 by Marc Murphy