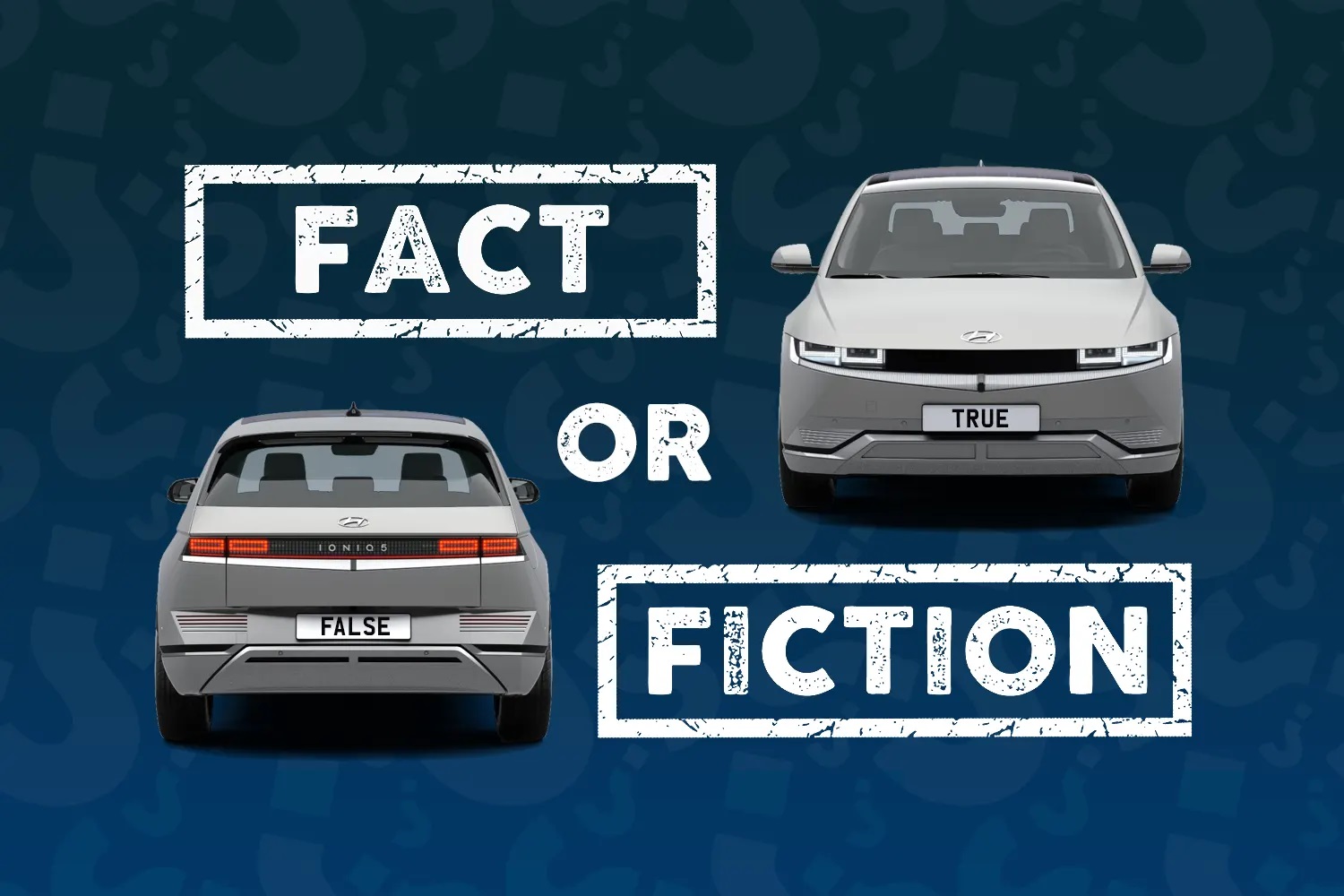 Lifting the lid on EV fiction

It’s easy to dismiss something totally new or technologically alien. It’s also easy to believe some of the disinformation that floats around pumped out on social media posts and some misinformed media.

But that’s very much the case with electric vehicles (EVs).

A whole host of reasons are often aired by people who are apprehensive about new technology. It’s often more comfortable to stay with what you know than discover the benefits of new technology.

But EVs suffer from a lot of fiction, an abundance of non-truths that are presented as reasons to avoid switching to an electric car.

You’ll be electrocuted going through a car wash, for instance, is a common ‘truth’ that is bandied around (hint: you won’t). If everyone plugged in their EV at the same time, the lights would go out. Unlikely – it’s a bit like saying everyone will need to refuel at exactly the same time – and no, the lights won’t go out either.

So we’re saying – don’t be afraid. Embrace electric cars. Power up the decarbonisation of our vehicle parc with this lid-lifter on EV fiction – with some hard-nosed facts.

Fiction: I don’t buy into the environmental credentials of EVs when manufacturing is taken into account.

Fact: This is a fairly damming finger pointer at EVs that is just not true.

It’s been debunked many times over but still resurfaces again and again. A new battery-electric car has just a third of the lifetime greenhouse gas emissions of an equivalent new petrol car, even when taking into account battery production and disposal. As car manufacturers clean up their production techniques and electricity generation decarbonises, EVs will become increasingly cleaner.

Fiction: I don’t have off-street parking so I won’t be able to charge.

Fact: We sympathise with this view because it is easier if you have off-street parking. But that doesn’t mean you can’t have an EV. Far from it.

Street charging is certainly on the government’s agenda. There’s £20 million available under the On-Street Residential Chargepoint Scheme (ORCS) available to all UK local authorities to provide public charge points for their residents without access to private parking. So start by lobbying your council to put chargers near you or on your street.

There are also more and more public charge points popping up offering the ability to charge EVs in as little as 20 minutes. They are being installed at popular eating places with car parks, such as McDonalds and KFC franchises, as well as dedicated charging hubs, not to mention supermarkets such as Tesco, Morrisons, Lidl and Aldi which all provide charge points ranging from fast to rapid.

Still don’t believe us? Well, take the word of our Head of Marketing who drives an electric car but lives in an apartment.

Marc Murphy drives a Tesla Model 3 and says he has never experienced any charge anxiety.

“Where I live is close to a couple of on-street chargers but I’m also only a 10-minute drive to the nearest Tesla Supercharging network. Most of the time I’ve been able to access the on-street chargers without a problem. In fact, charging my Tesla in Scotland to date has been a problem-free experience. I’ve genuinely had zero range anxiety.”

Even without a home charger, you can still drive an EV. After all, you don’t need a fuel pump at your house to drive a petrol or diesel car, do you?

Fact: Electric cars are certainly expensive, but not too expensive.

Certainly, the upfront costs look more prohibitive, but the overall cost of running an EV is far lower than a petrol or diesel car. And with the current record fuel prices, EV drivers are looking just a little smug at the moment.

That’s not to say electricity costs haven’t gone up, but charging at home by electricity is still incredibly cheap. Another ICL staffer runs a MINI Cooper S Electric and says that home charges normally cost around £3 to £3.5 using a 7kw charger giving around 100 miles of range.

According to recent industry estimates, an EV can save £176 in running costs for every 1,000 miles driven compared with a petrol car.

There are other savings, too. For example, there is no road tax and much lower servicing requirements, while company car drivers can make substantial benefit-in-kind taxation savings by switching their company car to an EV.

Leasing an electric car also makes it more attainable, too. There’s no big upfront costs to pay if you want to lease an electric car, with monthly rentals starting from just over £300 a month. By only paying to use the car through a leasing agreement, you know you can budget each month accurately for your car running costs – and take immediate advantage of the low cost of running an EV.

Fiction: Electric cars don’t have enough range for me.

Fact: The average daily mileage in Great Britain is 28 miles. The car with the longest range is the Mercedes EQS which can cover 453 miles on a charge. To save you the maths, that’s 16 average daily trips.

While not all electric cars have such an extensive range there’s a wide range available now, from those that need an urban runabout such as the Honda e with its 100-mile range to mid-range family cars with often in excess of 250 miles on a charge.

So unless you plan to cruise the highways and byways of the UK without stopping, there’s an EV with plenty of range for you.

Every month, new rapid chargers are being rolled out. In May over 200 were added to the network. And it keeps going – at pace. What’s more, the network is now reliable and easy to use – which hasn’t always been the case. And even if you do arrive and find the fast charger bay occupied, with the speed of “fill ups” taking between 15-30 minutes you won’t have to wait too long to add the electrons to your car. What’s more, Tesla has recently opened up some of its Supercharger network to give even greater access to speedier charge-ups.

Don’t be put off by the uninformed

The fact is there are plenty of very good reasons why you should choose to drive an EV now. Leasing makes EVs affordable, and you’re not stuck with technology that may be superseded if you were to buy; the running costs are very low (no eye-watering £120 + fill-ups for fuel); and with their zero-emission running, you will also help improve local air quality.

Now is the time to switch to an EV – and say goodbye to horrendous fuel costs for good. Fact.

This entry was posted in Intelligent Insights on July 25, 2022 by Charlie Strand